Signs of the Times

If you had been wandering down Rugby Street early on Sunday morning, you would have encountered a cheerful chap on a ladder, outside the shop, painting our new sign. Wayne Tanswell drove down from Suffolk in his little red van and got to work bright and early – making the finishing touches on our facade refreshment (now that we are taking over the little shop at 17a Rugby Street, next door).

The rain held off, Maggie provided coffee and croissants, and it was a pleasure to see Wayne at work.

He had plenty of time to meet the neighbours, Bobby Williams and Mr Williams his dad (looking, well, a bit worse for wear after the extraordinary Tom McKean and the Emperors gig in the  Perserverence the night before); Orsa seeing her friend back off to Finland, a new American neighbour (who’s name we don’t know, who’s just moved onto the street – hello)…. I guess that chatting to the neighbours is what comes of a job where there is plenty of time to literally watch the paint dry.

Anyway, at the end of the day, Wayne declared he would like to move to Rugby Street, and we had a very handsome new shop sign.

The renovations and reorganisation in our stock rooms go on for about another week, and we are also closed for staff holidays. Bridie and the new girls – Sophie and Jessica – will be very pleased to see you in the shop when we reopen on September 6th!

I’m particularly happy with the shiny new paint job on the shutters, thanks to Adam the builder and his amazing team. A sign that it’s going to be brilliant autumn, I hope! 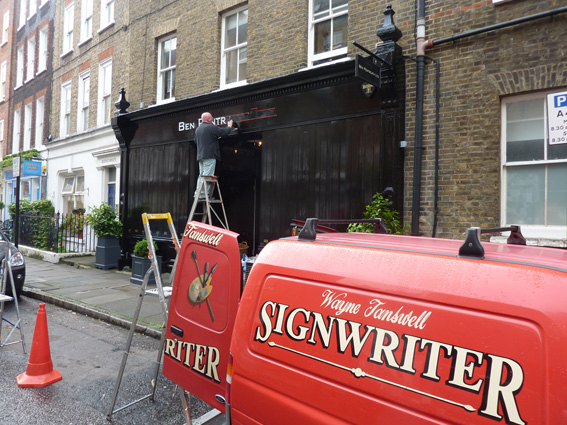 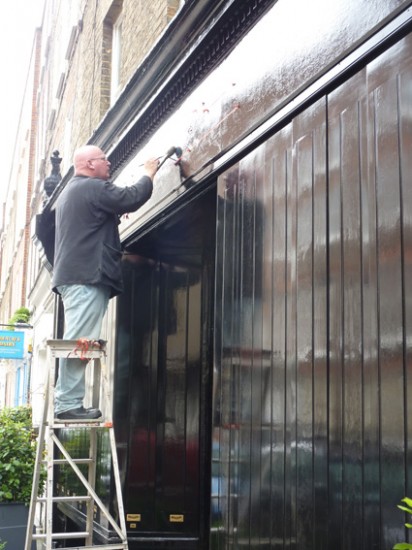 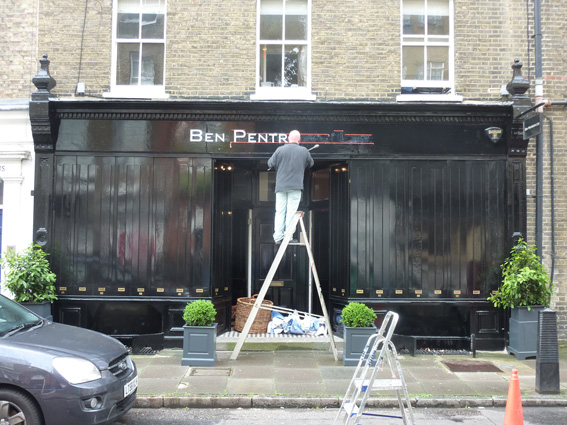 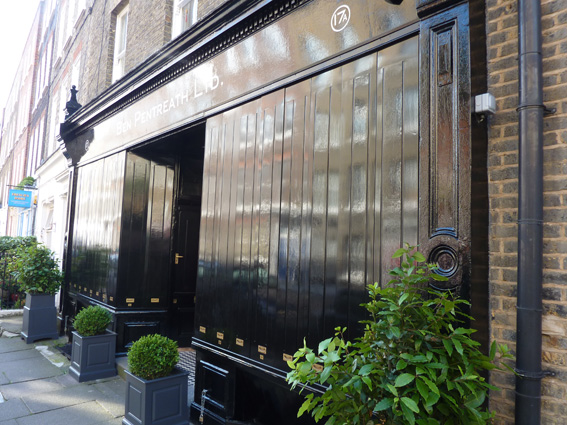 dear b.p. this is how i first saw yr shop. SHUTTERED. thought i would die there and then on rugby street from apoplexy..and disappointment..didn’t you realise that impoverished people from tasmania might not EVER get more than one chance to shop at b.p… thank the lord for mortgages and that i had the patience to wait almost TWO YEARS to shop at b.p. spelling not one’s strongpoint..sorry

I look forward to visiting the shop during a hope skip and a jump over from NYC in October.

The black shutters are lovely, and shine just like the door at 10 Downing Street.

so glad to have made it to your shop while we were in london! and cannot wait to see the opening of the new space (though for me, that will be online). it was a treat.