High Summer in the Garden

I’ve had a crazy few weeks, really, and I don’t think it’s going to get any less crazy until I’m off to Italy (to stay at my friend Valentina’s beautiful house, and then for two weeks in Sicily, which is almost even more exciting) in a fortnight’s time.

In amongst it all, how lovely it was to spend a few short days in Dorset where the Old Parsonage was its same, measured, quiet self.

I woke early one morning just as the sun was rising across the valley. The garden has gone mad. Yes I should have staked the hollyhocks, (and it would be good if a few more of them were singles not doubles); the pale border could do with being a bit less hectic, perhaps; but overall… it was rather heartening to see how complete neglect is not necessarily a bad thing. Particularly when we’ve had such heavy rainfall in between the heatwave, to keep things going.

Roses and honeysuckle are flowering again. The nicotiana are picking up as the lilies come to an end. Note to self for next year – I must get lots of dahlias in the border, in good time – really dark ones, one or two pale, and some splashes of orange running through it all.

Everything in the veg patch that had got quite far behind has caught up.  We had a lovely supper of peas, beans, mange tout and new potatoes one evening; I’m looking forward to a giant harvest of sweetcorn when I get home. I picked 15 artichokes in one go. The sweet peas are ridiculous.  Harvest is here.

And… in the air, as in the hedgerows…. more than a hint of autumn. Softly, slowly, 2011 is slipping away. So let us love High Summer while she is with us, in her glory. 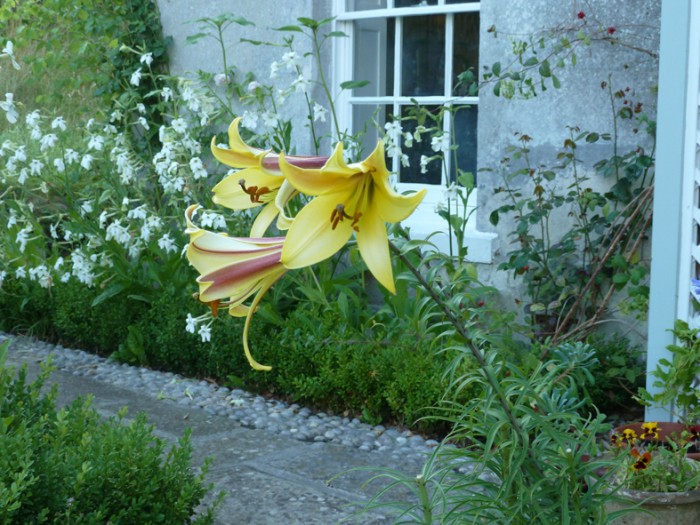 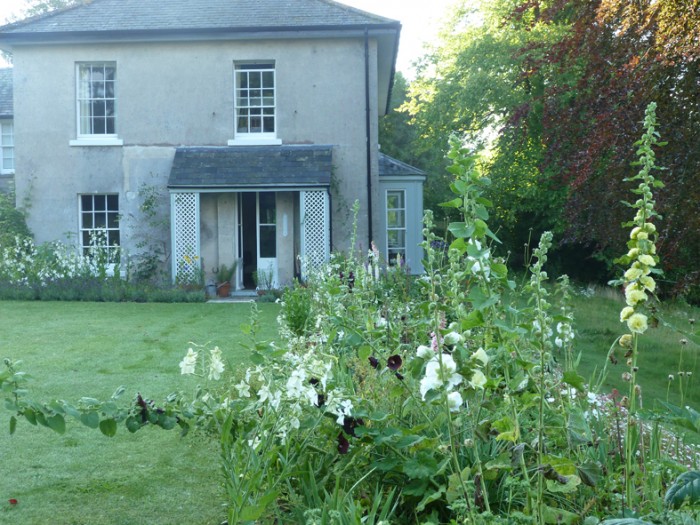 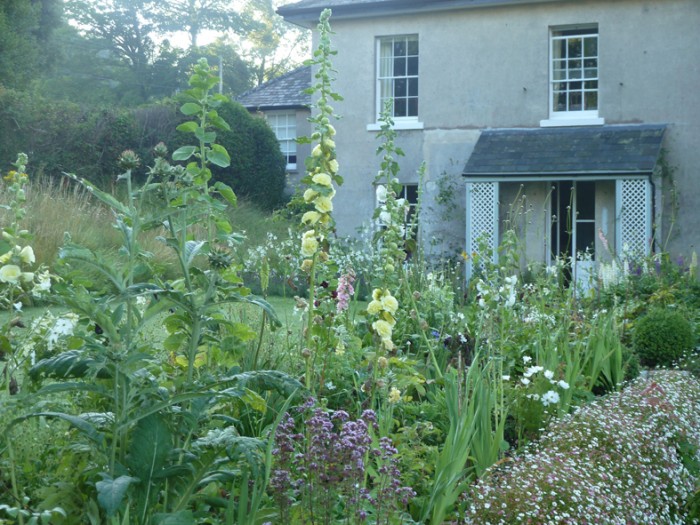 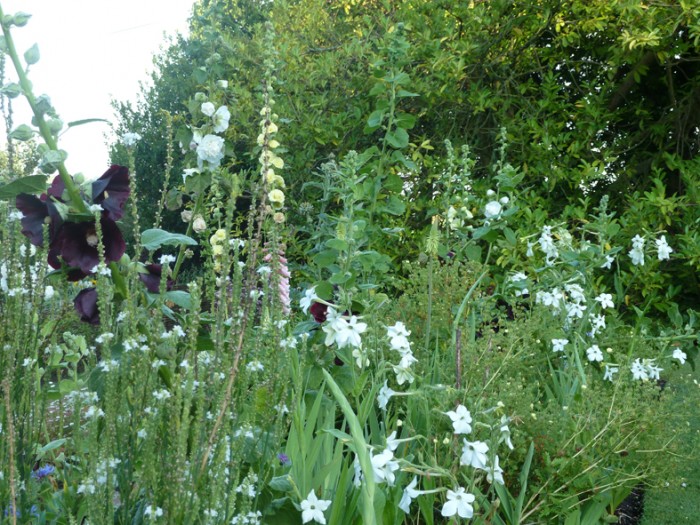 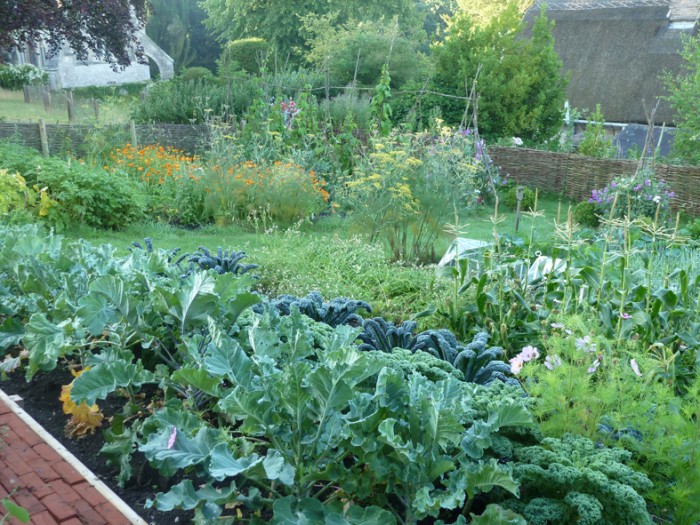 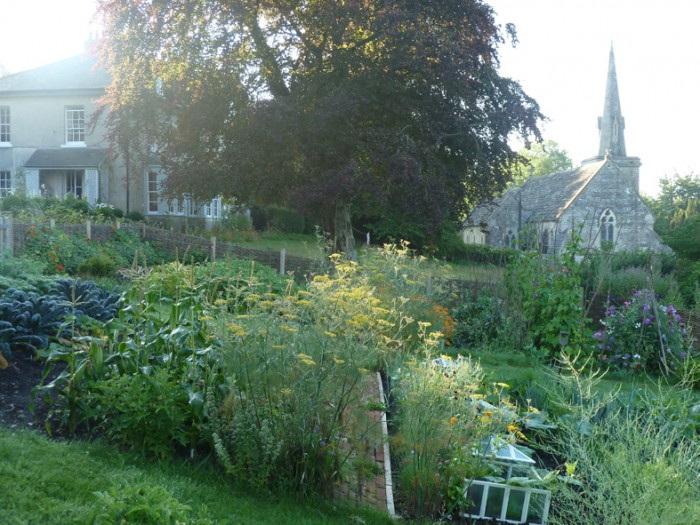 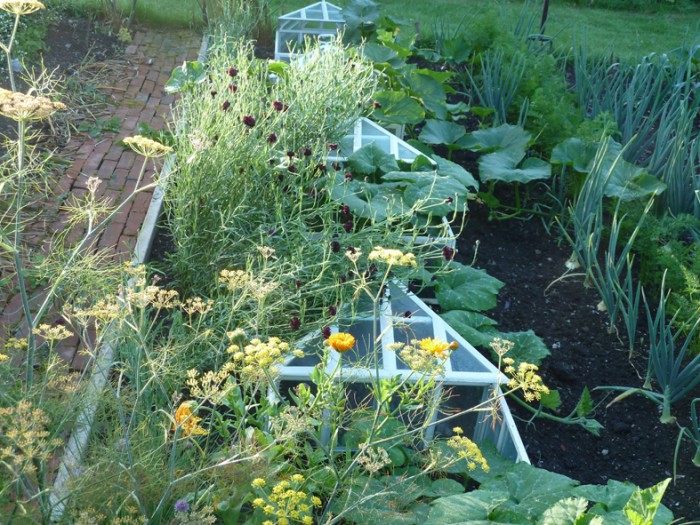 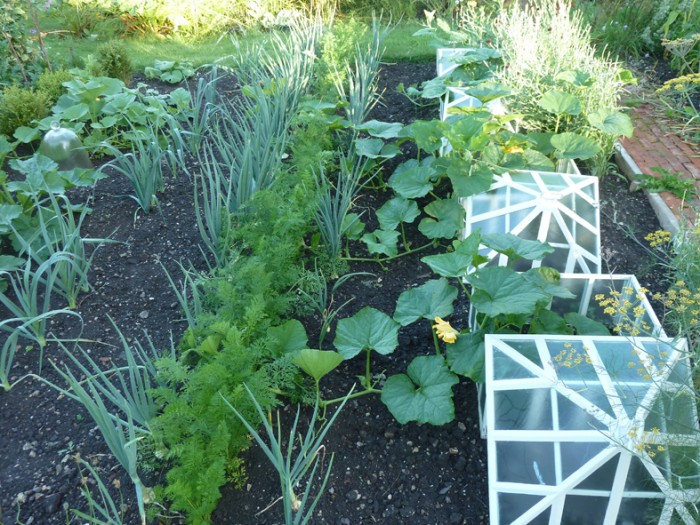 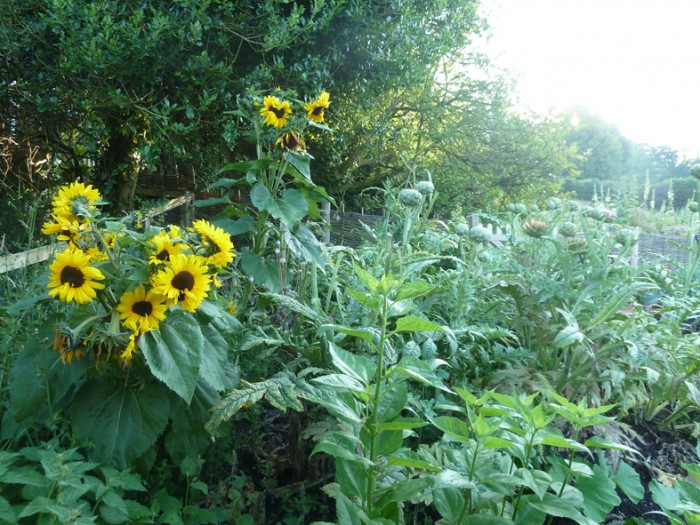 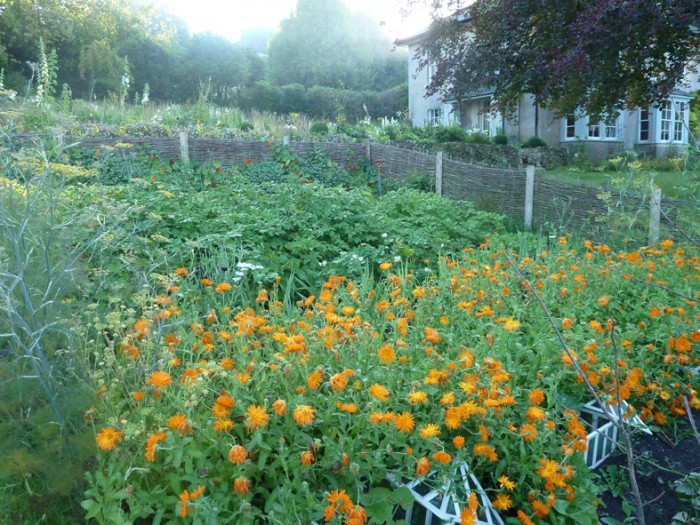 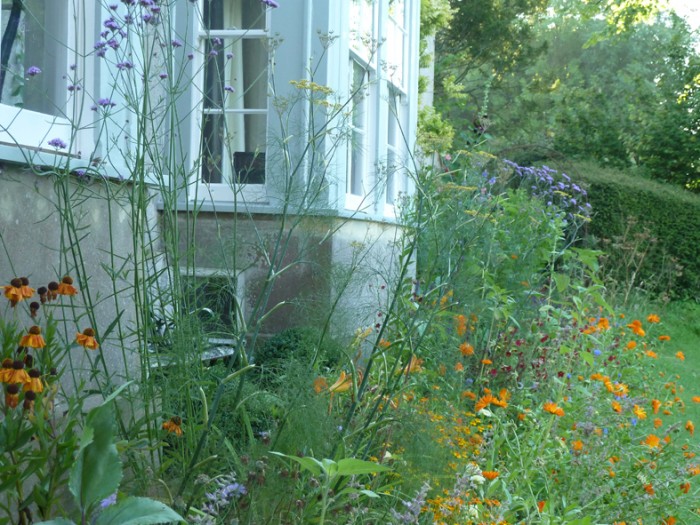 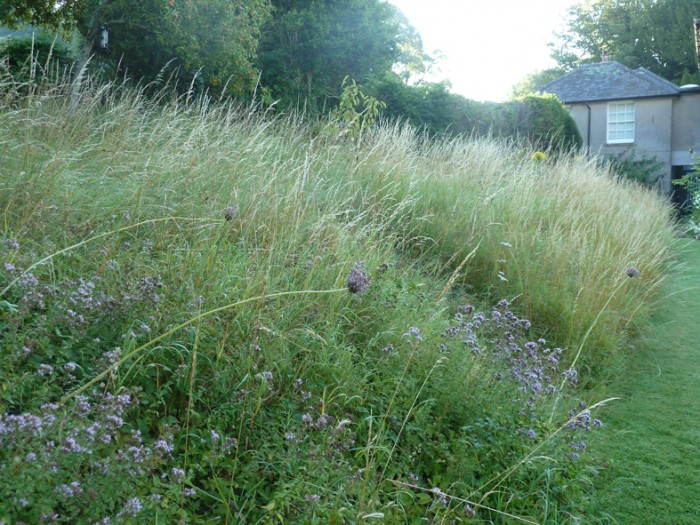 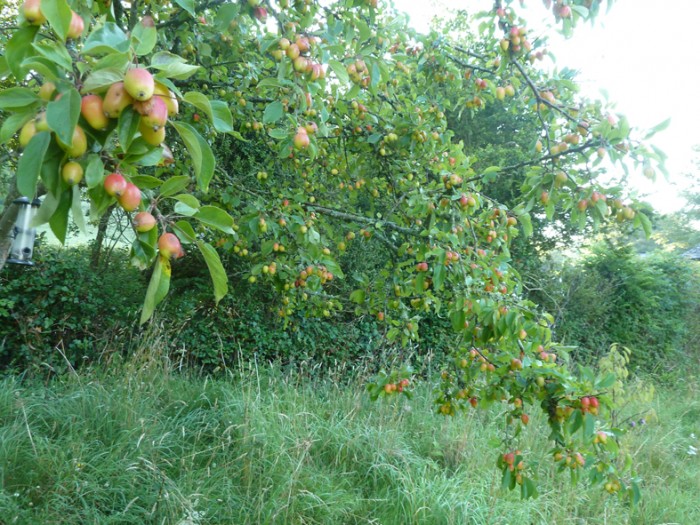 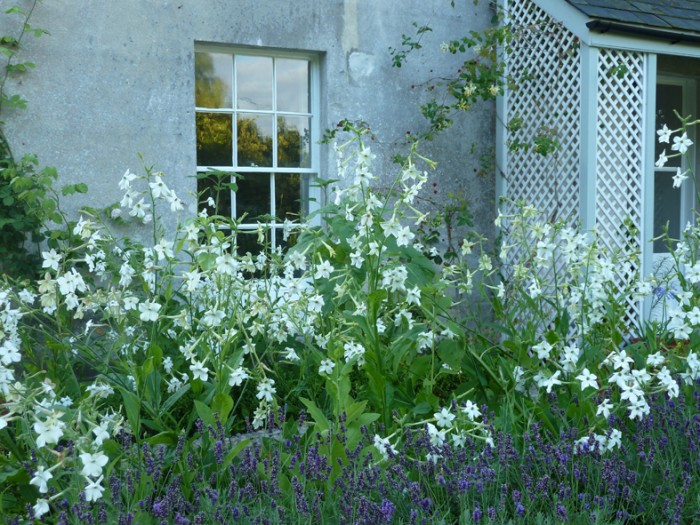 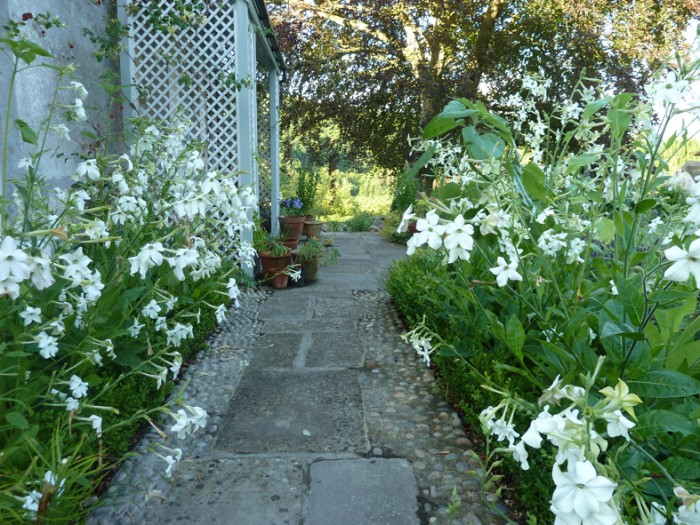 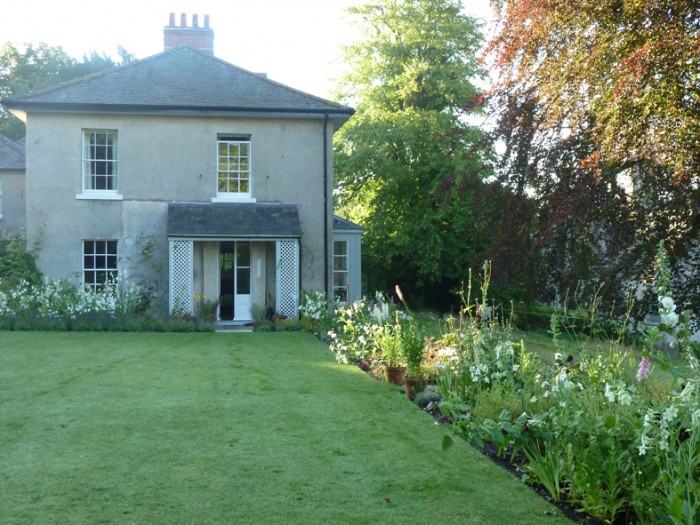 Hi i would love to know where you got your victorian cloches from?

Here, Down Under, the first whispers of Spring are in the air. Stii cool, but the bite has left the air. Our lilies are just starting to grow. I ordered 20 Triumphator lilies, they are meant to be visual fanfare, when the hippeastrums have finished. The jasmine is rioting over the western fence. Some of the camellias are still flowering, but the early flowering ones are preparing for the flush that will lead on to flowers in March. Not so very far away . . . but I love your garden and lucky you off to ItalY!