This blog was going to be a bit of a rant. I’ve been staring at too many friends’ photos on Instagram showing beautiful Caribbean beaches, and it’s been getting me down. New Year’s Day was one of the darkest I remember, and I don’t know if you were in London on Saturday, but it was utterly grim (we went to see The Theory of Everything, which is a brilliant film, and a very good way of spending time on a foul day).  Yes, there’s a reason I like to get away at this time of year.  C & I have a big trip later in the year so we’re here this month, going nowhere. I was dreaming of Mexico, just for a start (bring on Barragan, bring on Tulum).

But it’s a New Year, and we don’t want to start on a rant. So I’ll concentrate instead on Friday, London – in the way that only she can in between days of darkness – sparkled.  We went for breakfast on Piccadilly and then went for a wander. For a morning, we were tourists in our own town. 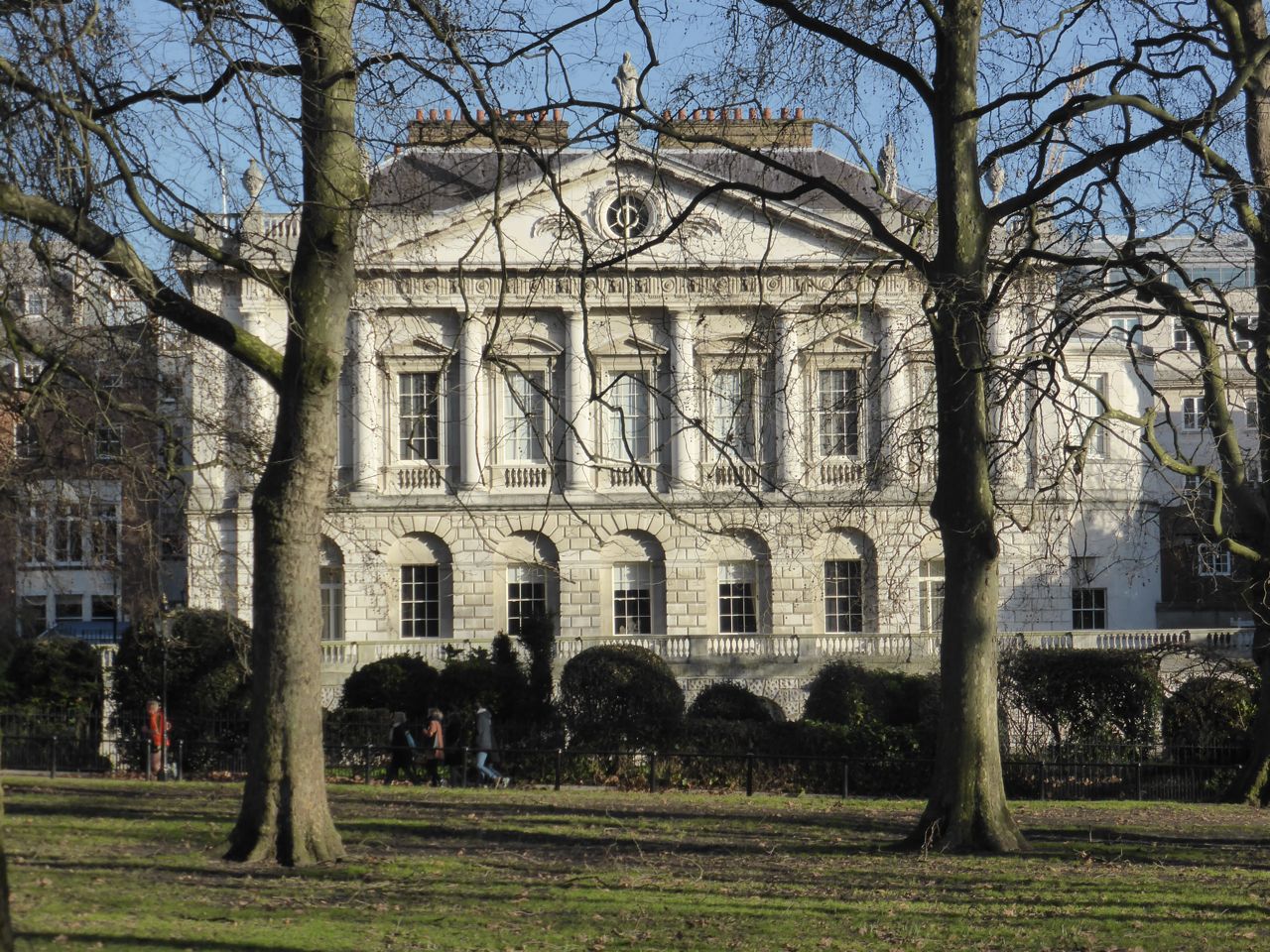 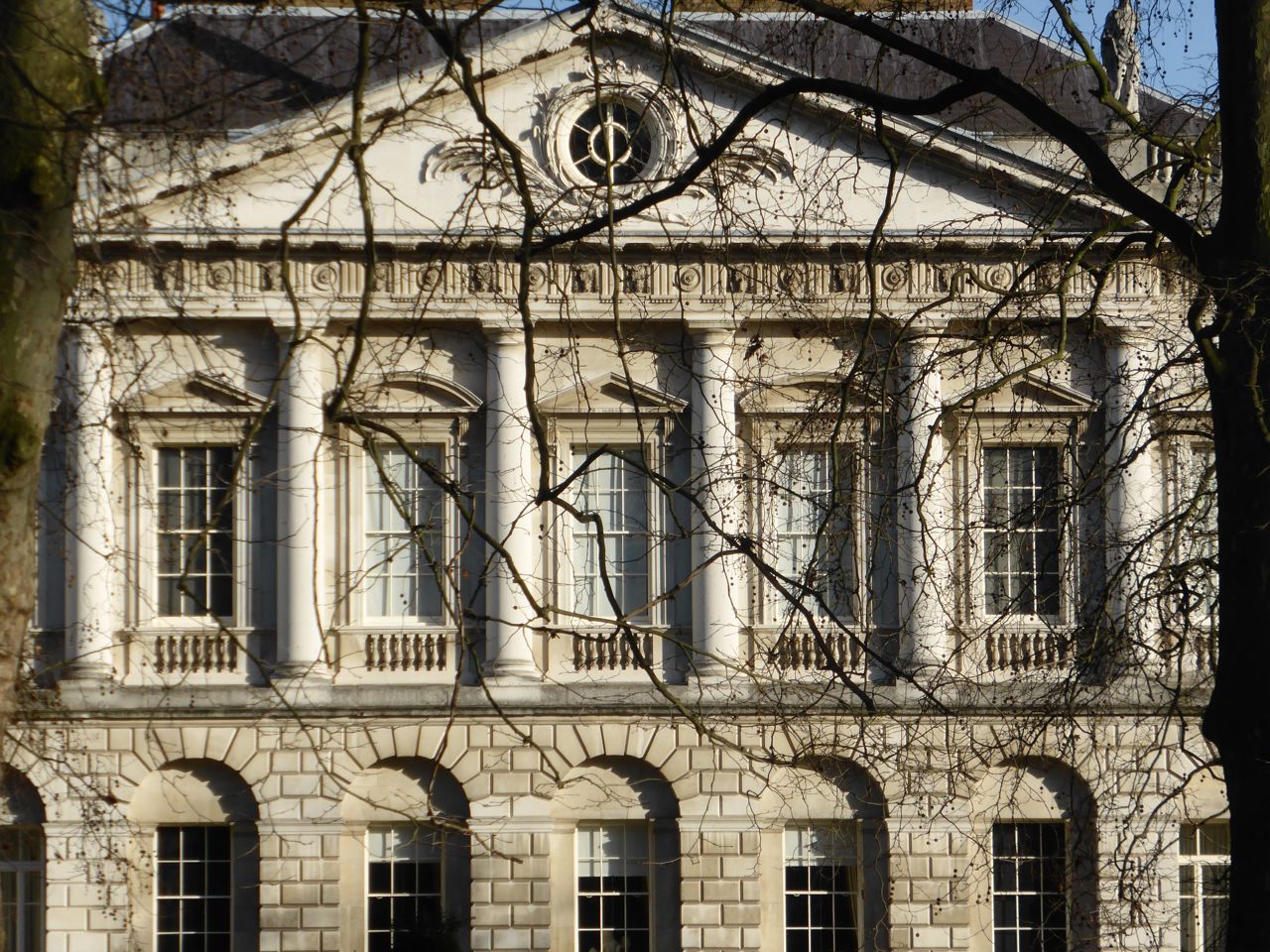 Walking down to St. James’s Park we heard the noise of a band turning the corner of Buckingham Palace, which we reckoned was Changing the Guard. 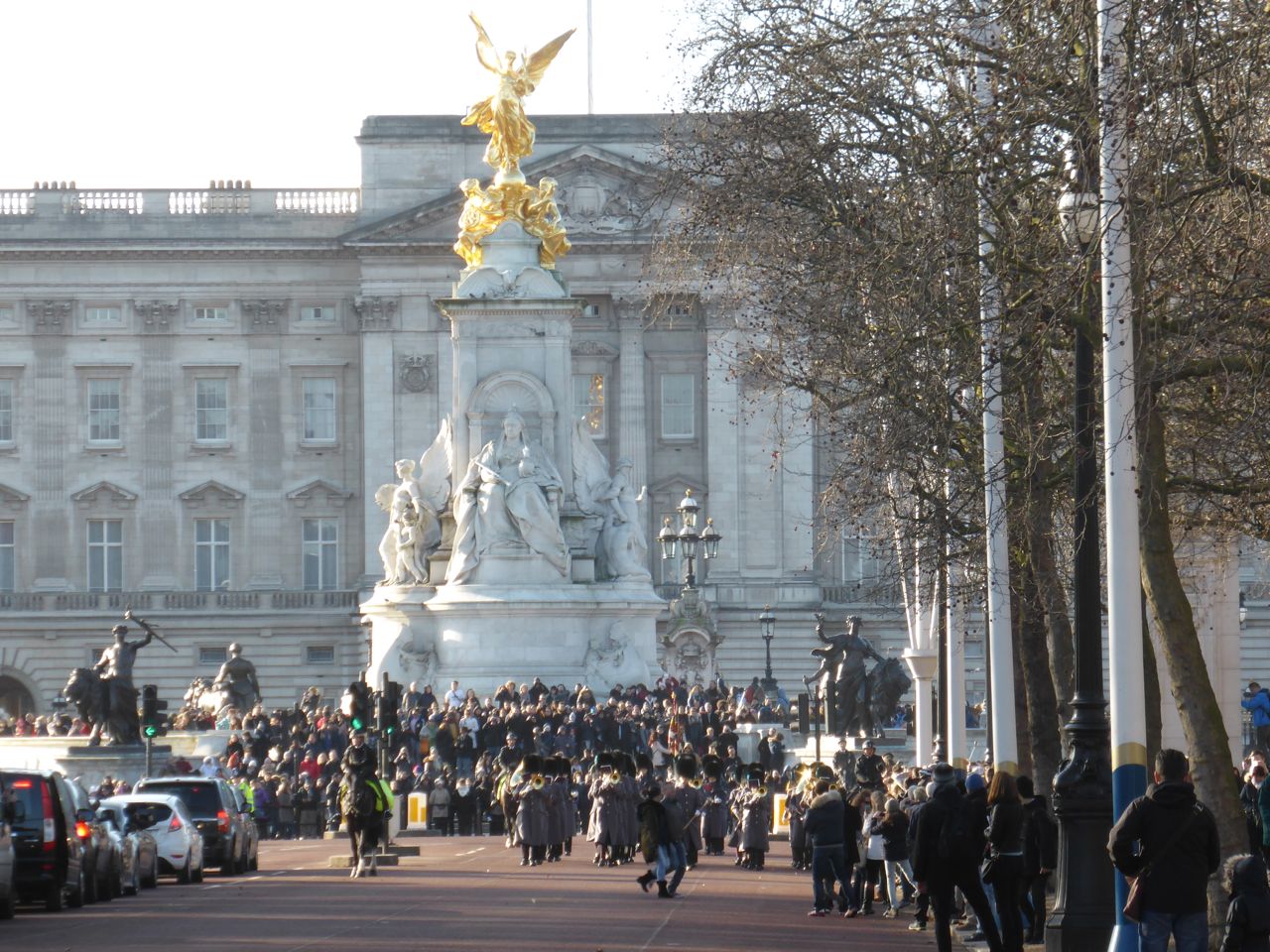 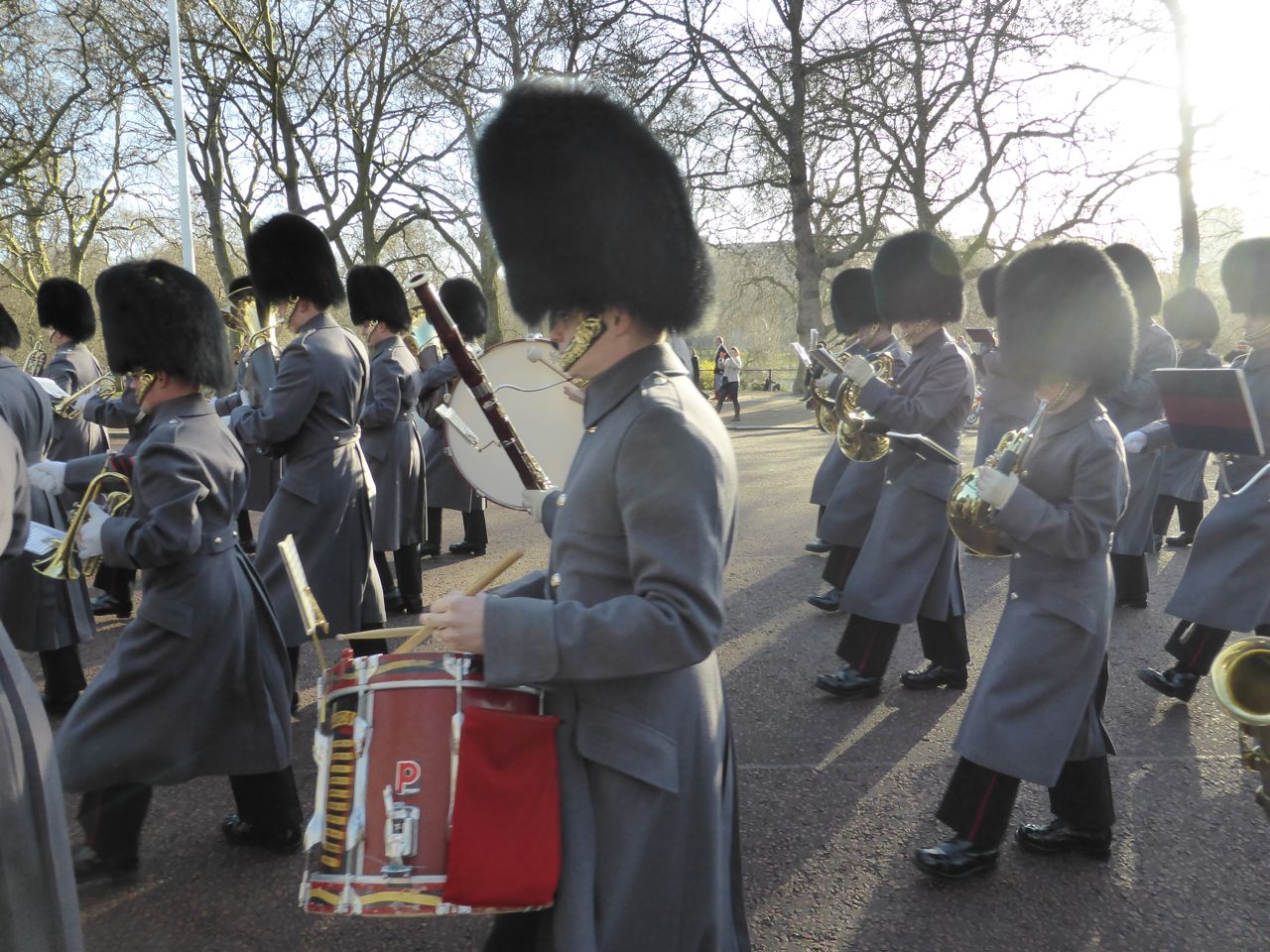 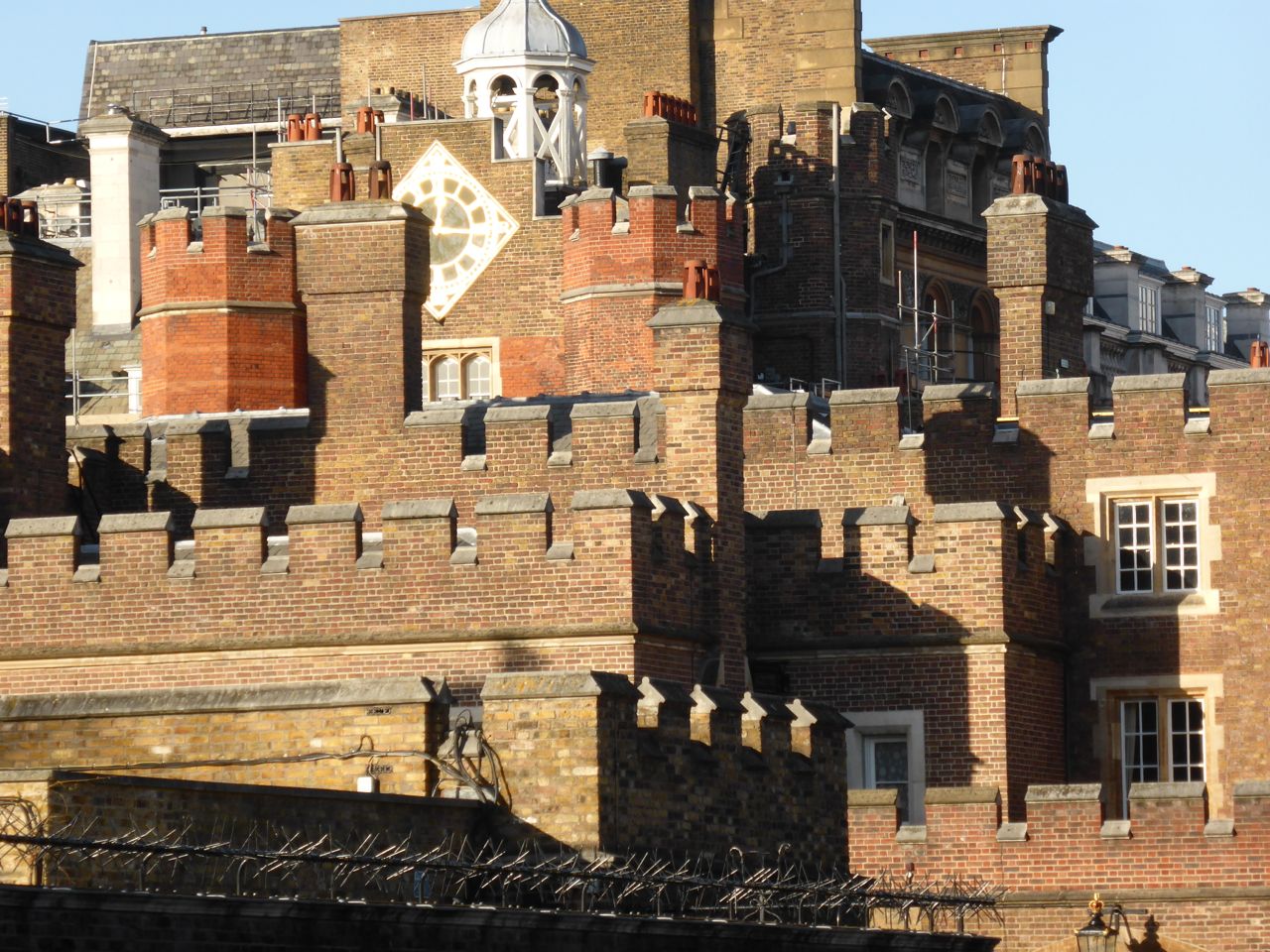 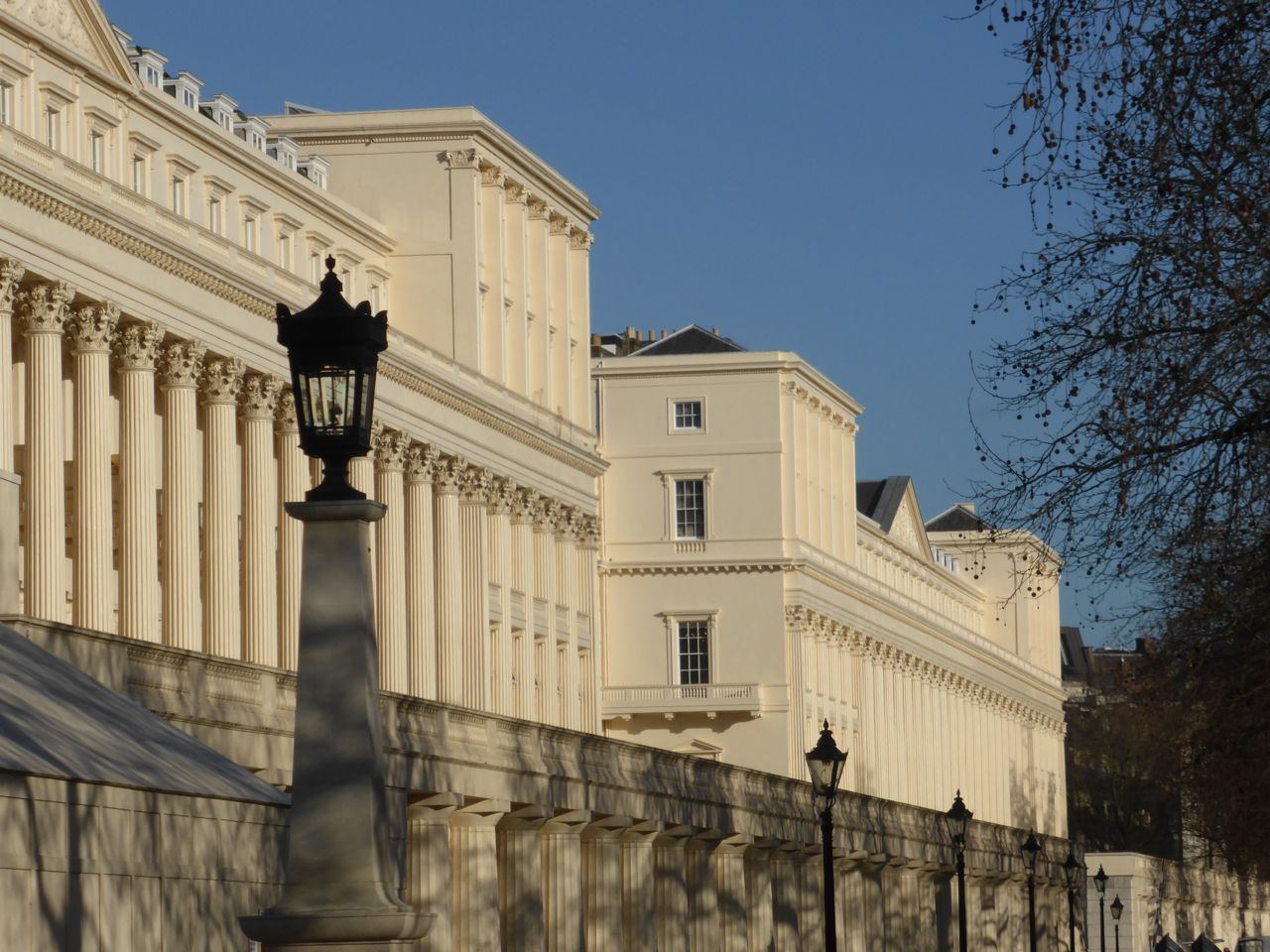 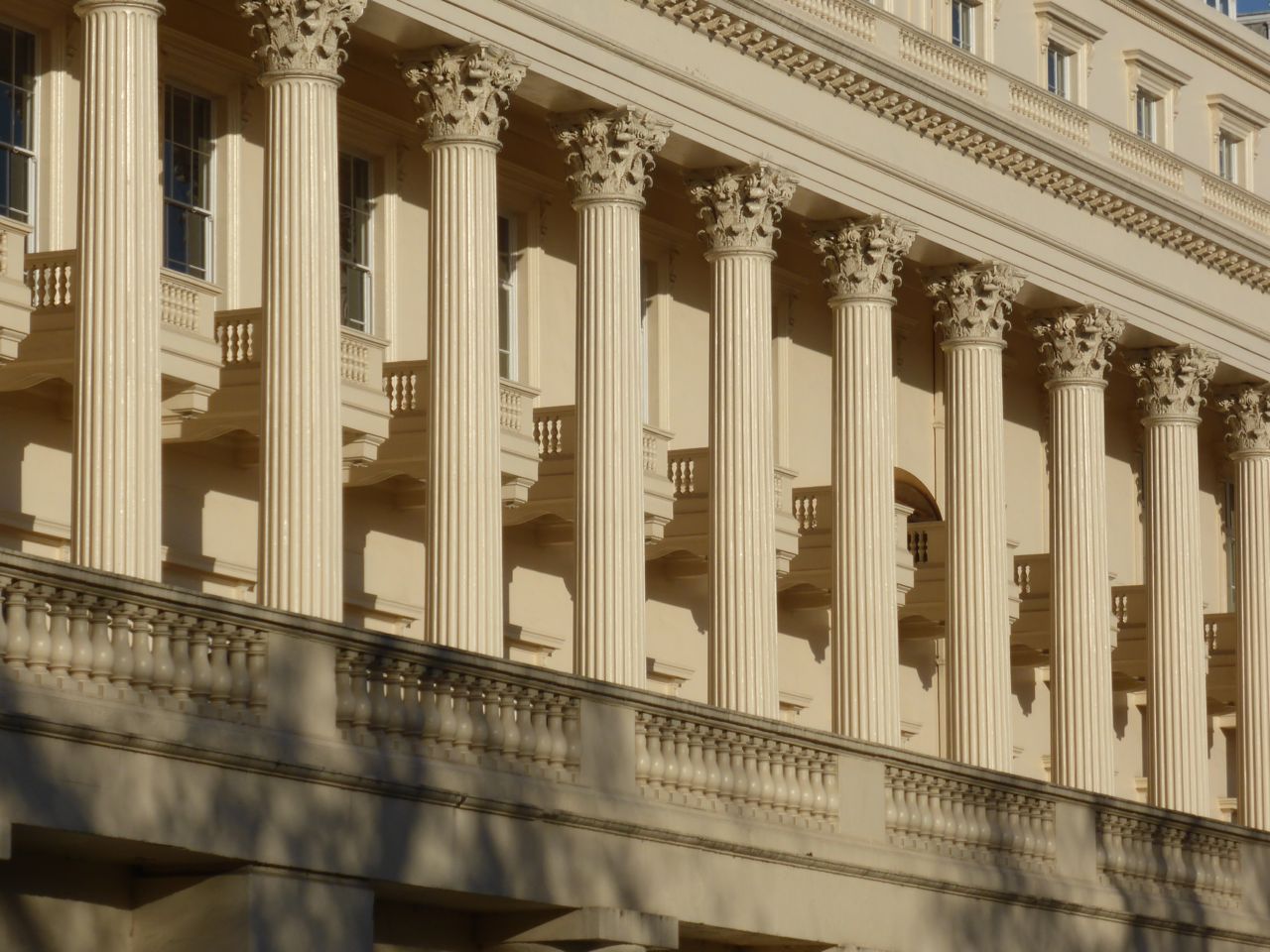 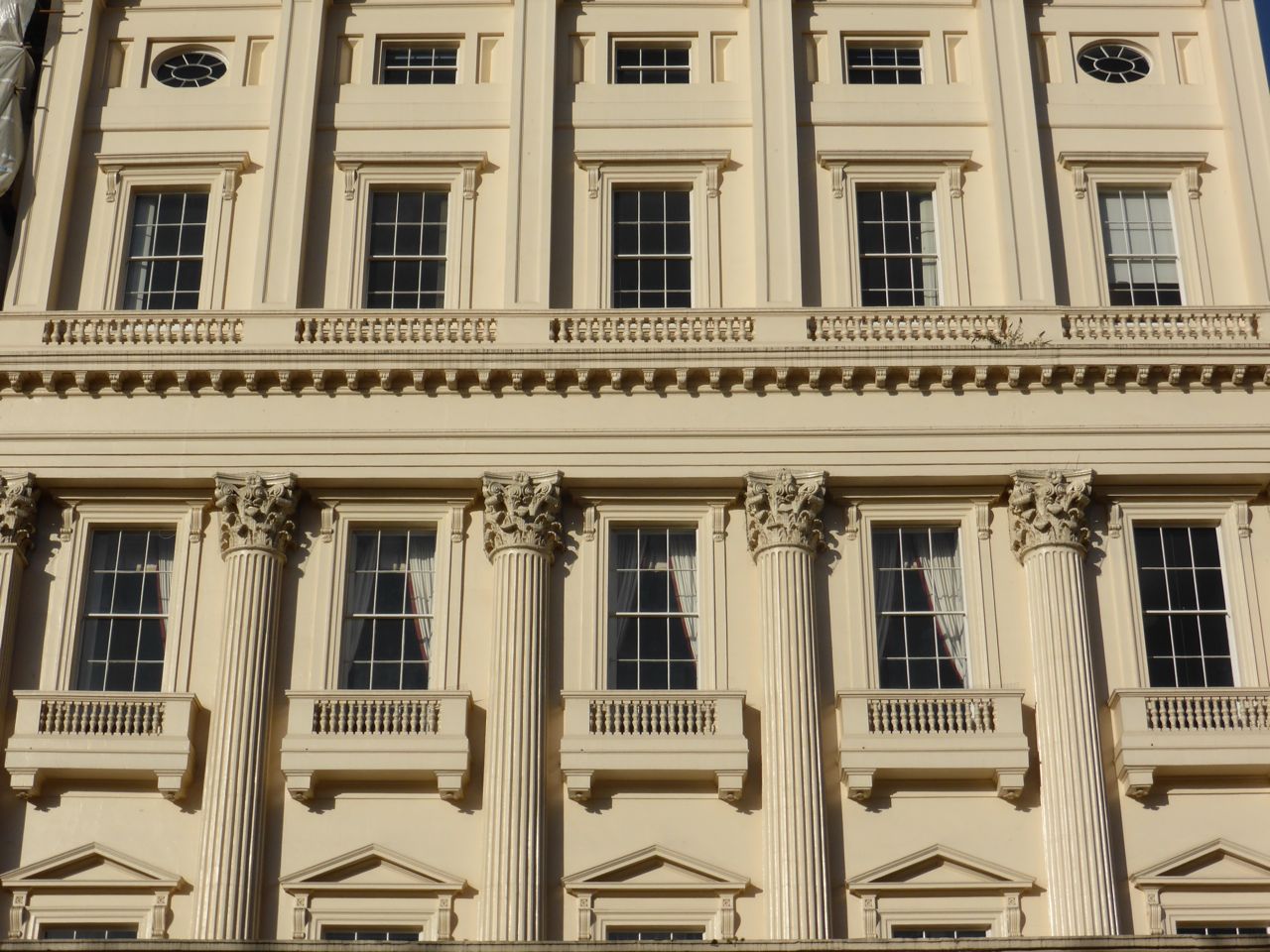 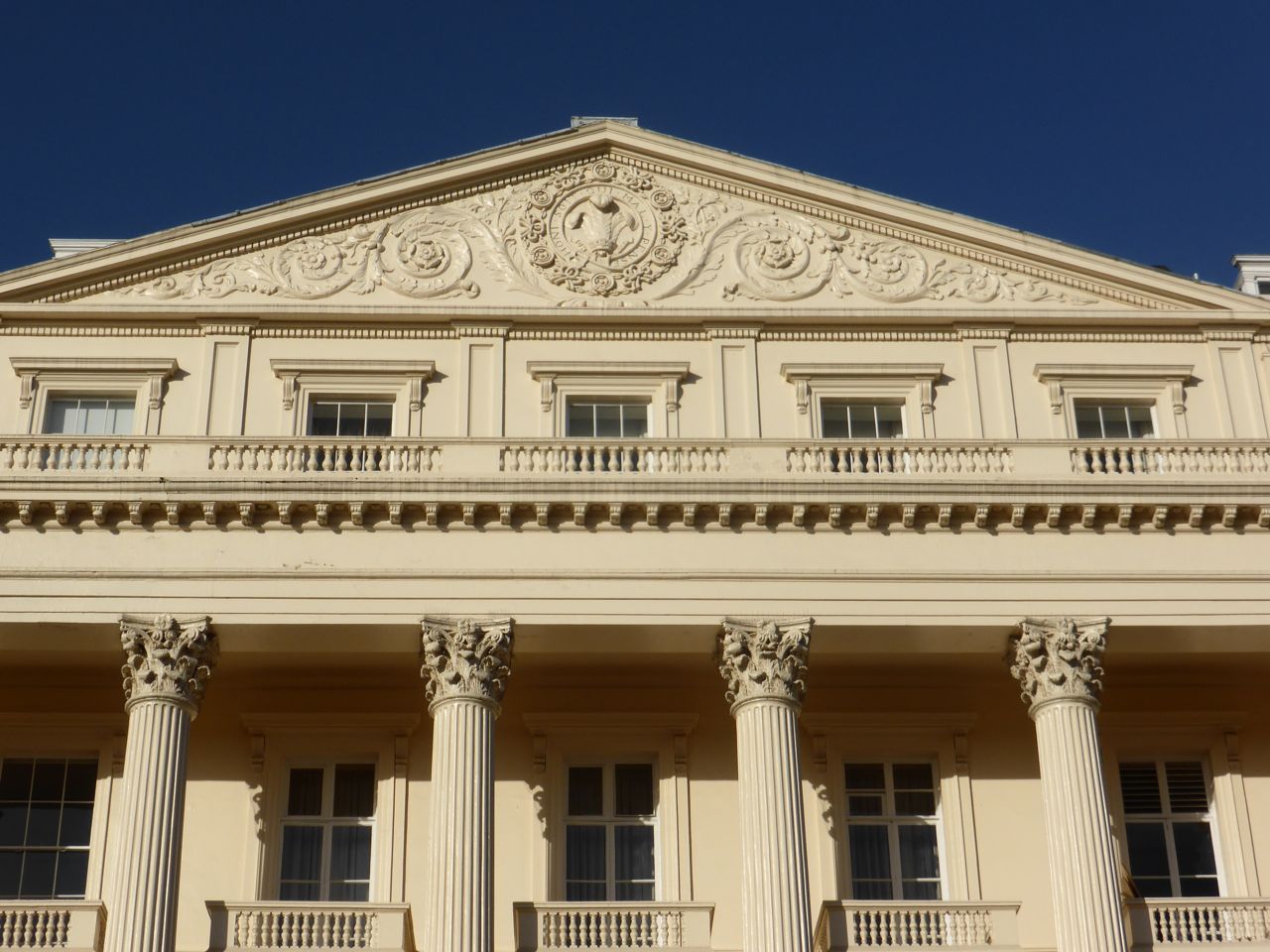 We crossed over to Horseguards, and to Kent’s sublime essay in early Georgian Palladianism: 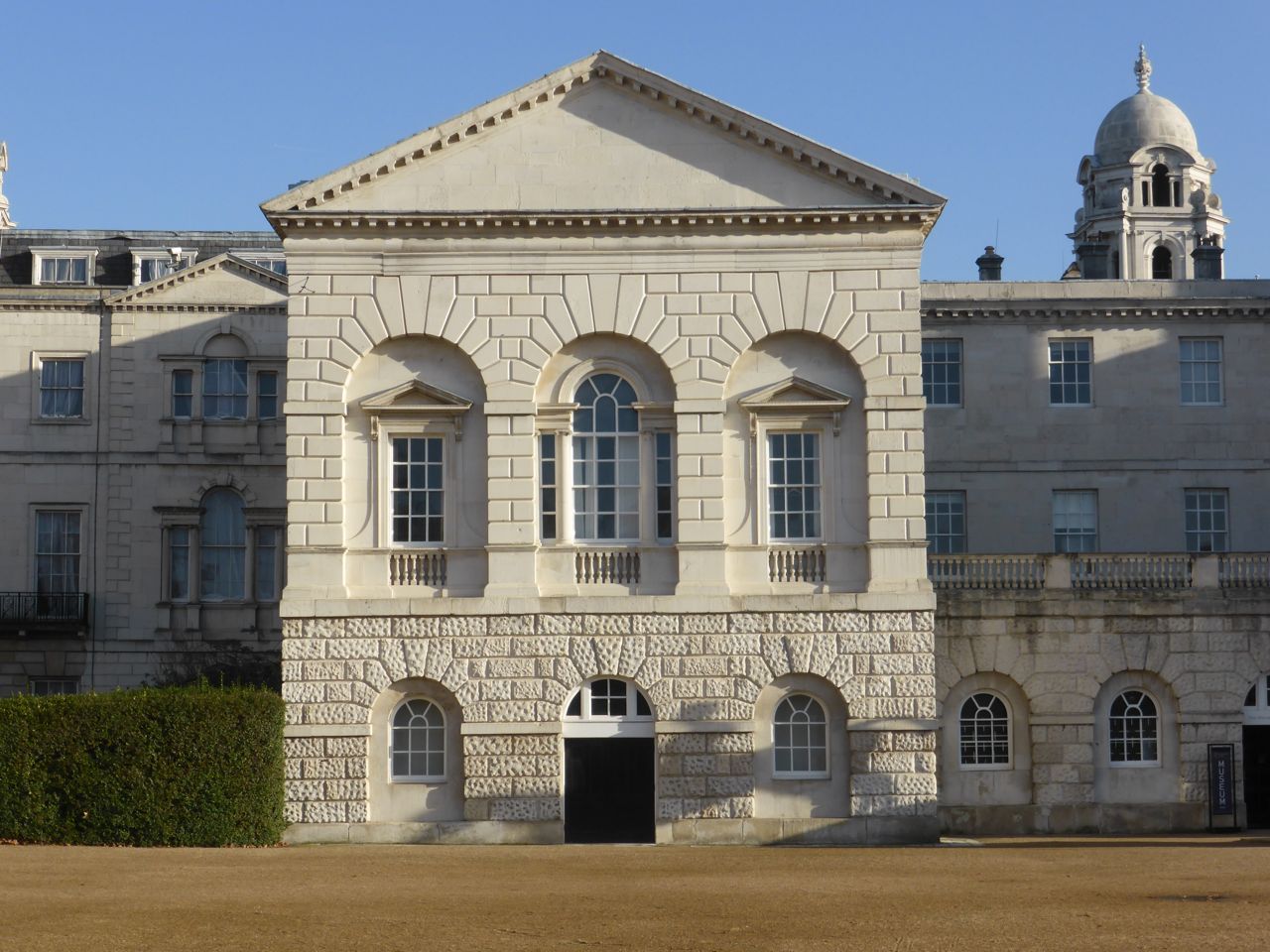 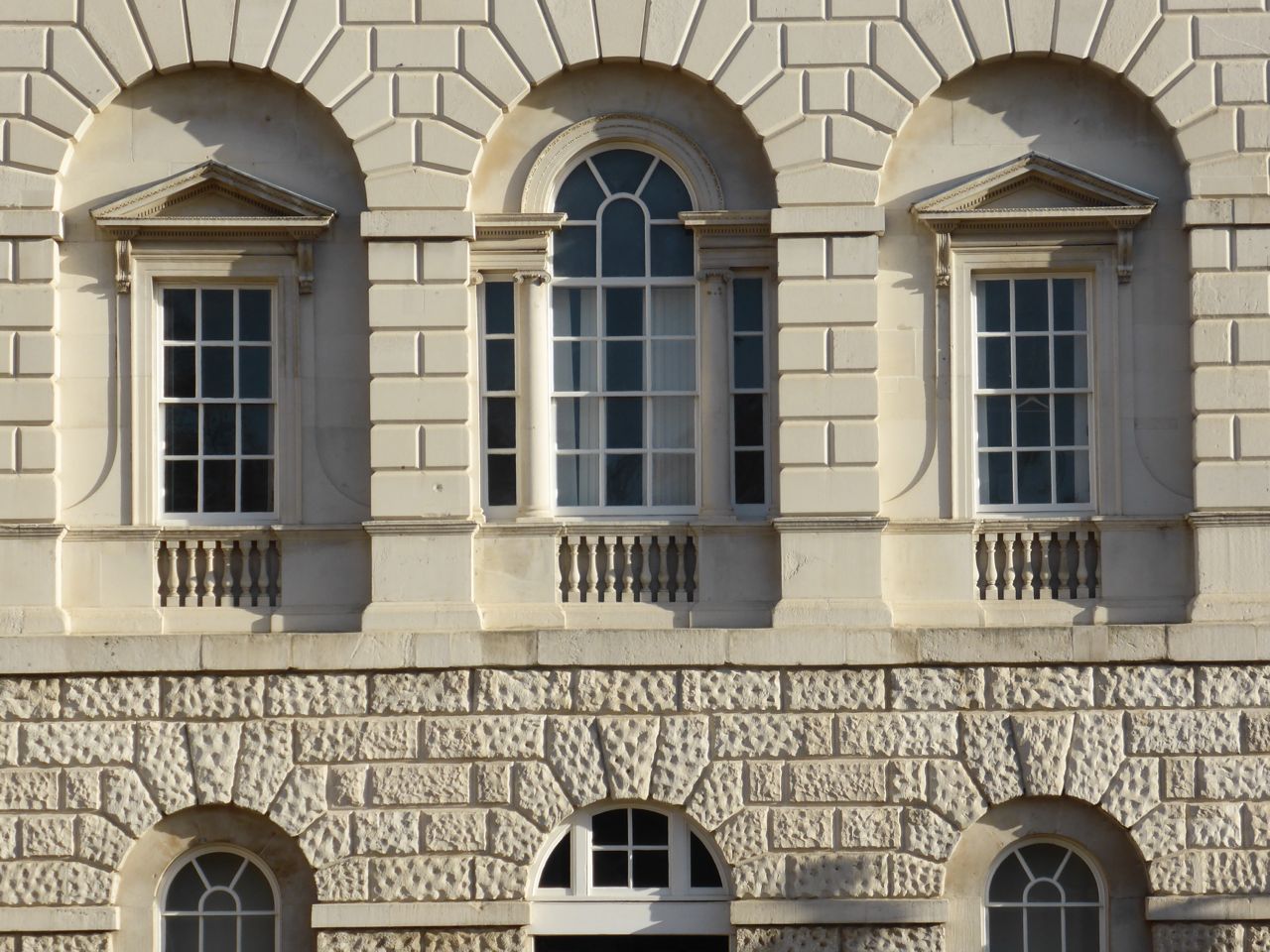 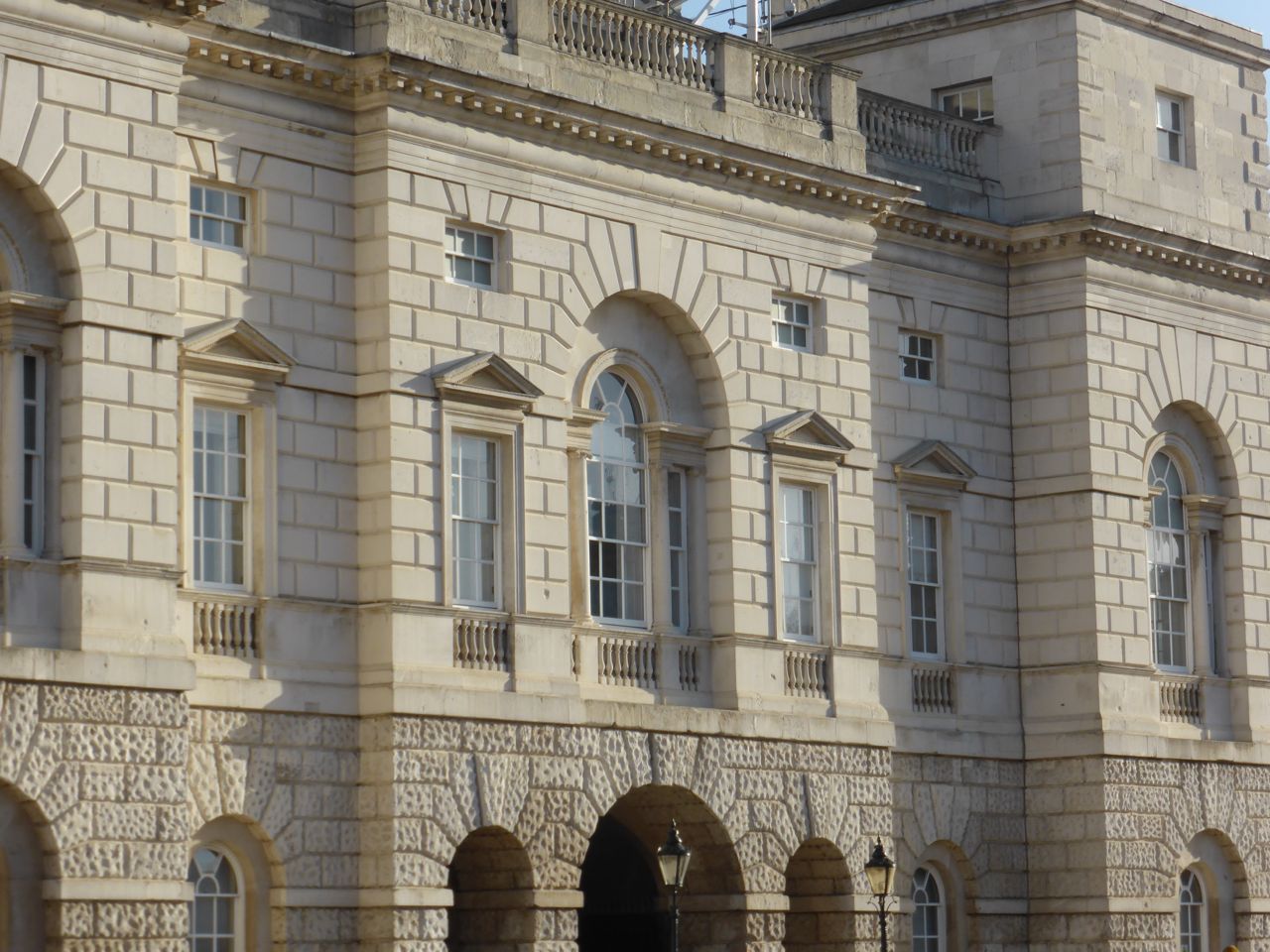 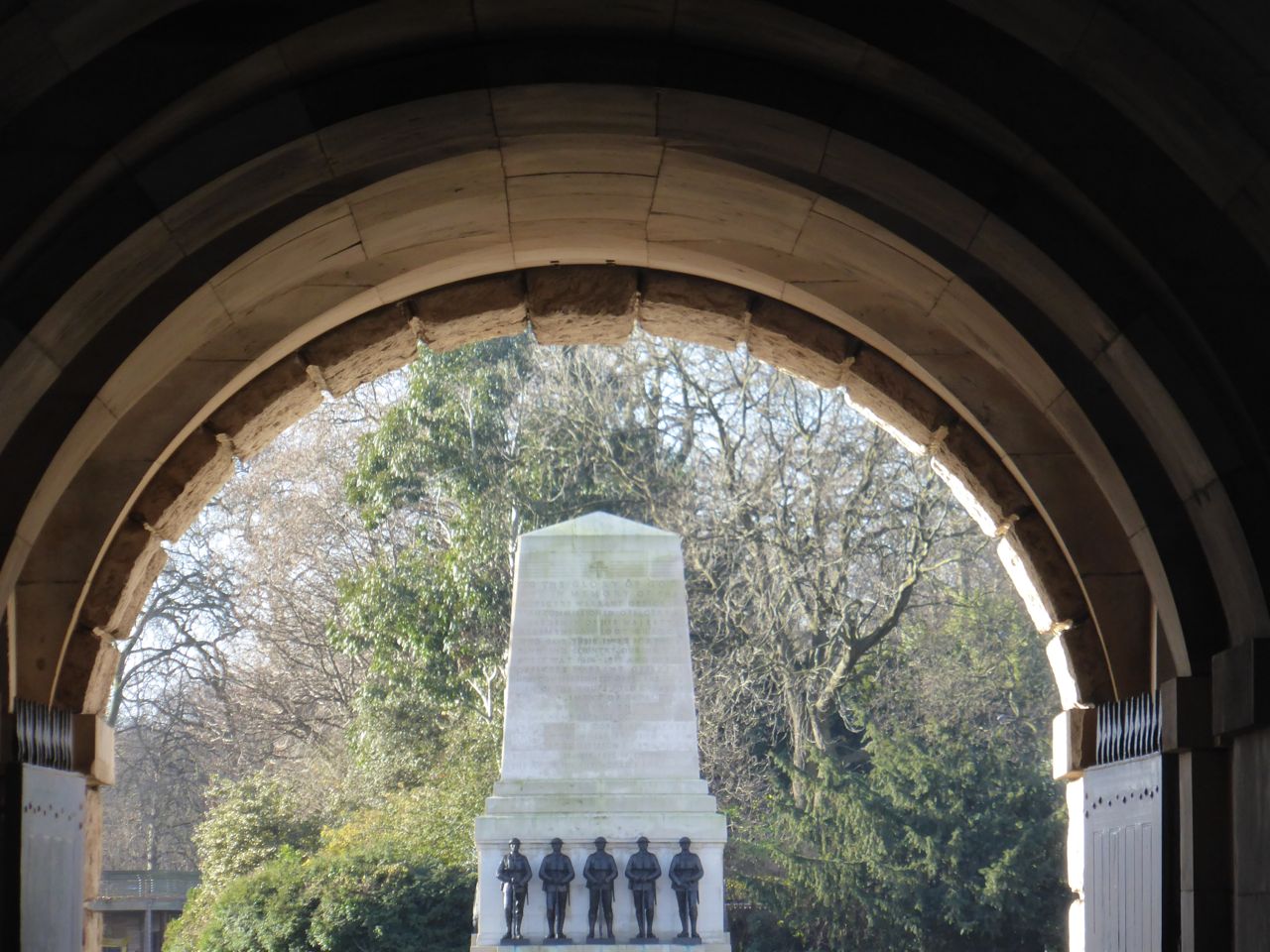 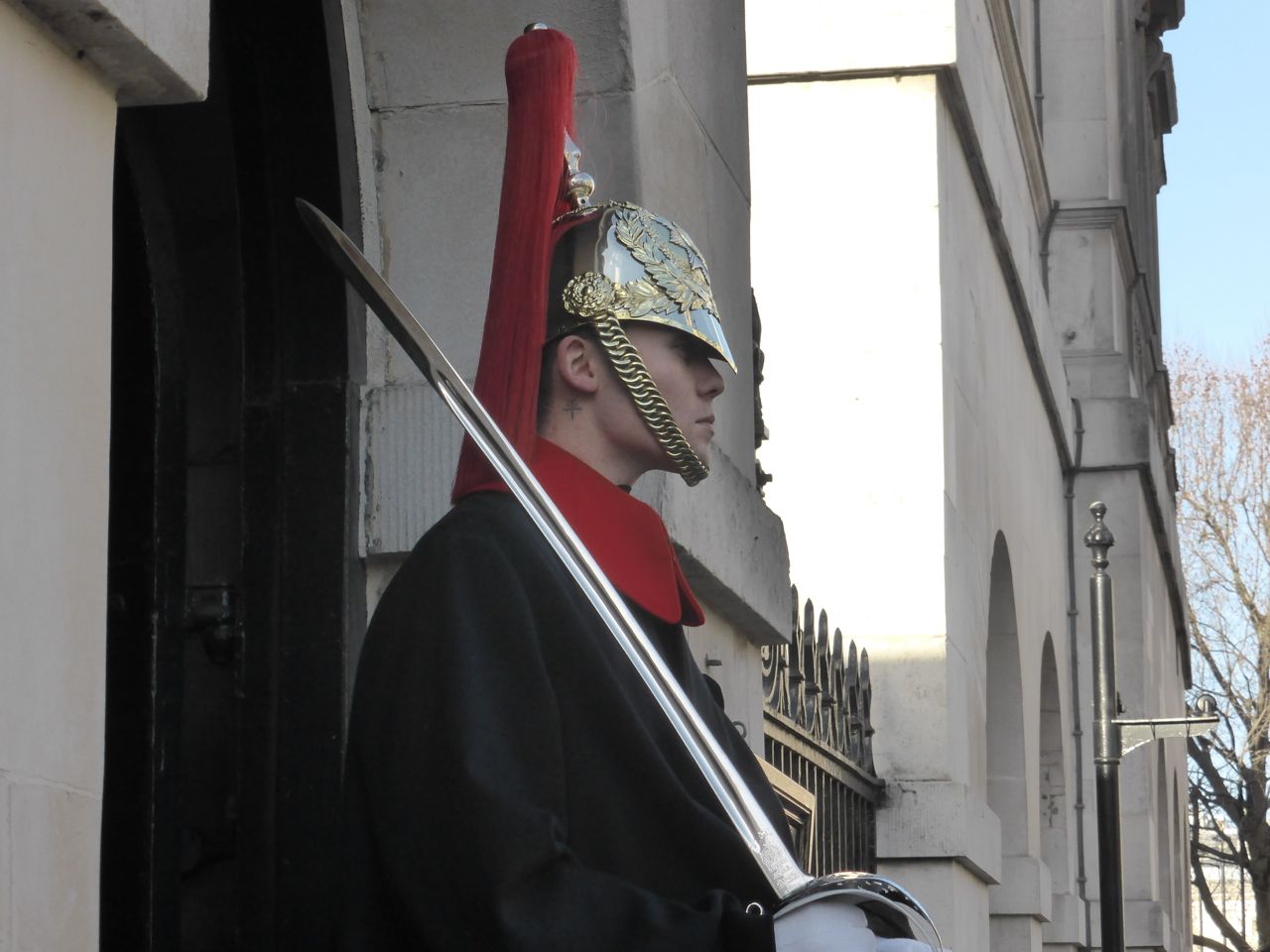 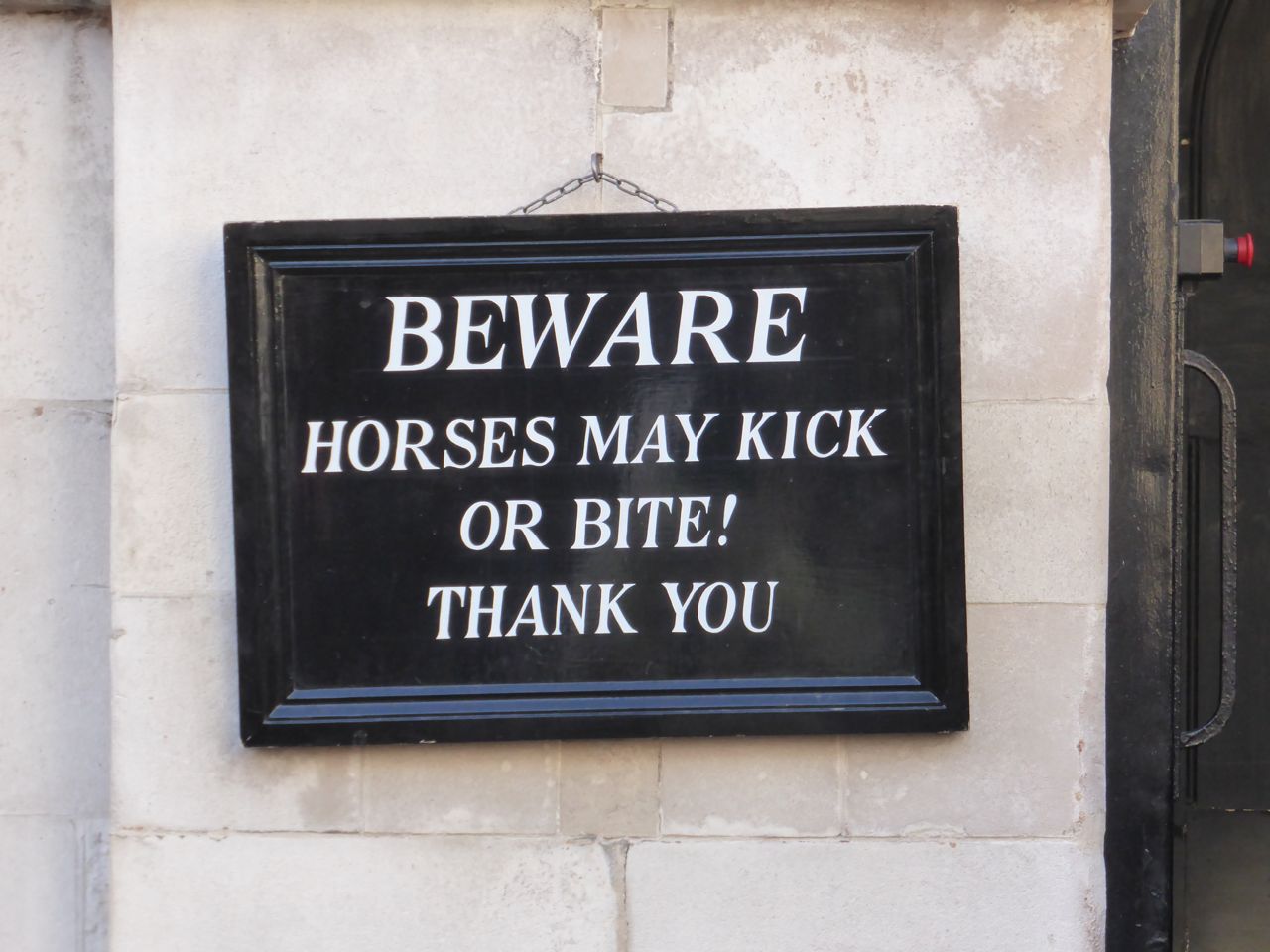 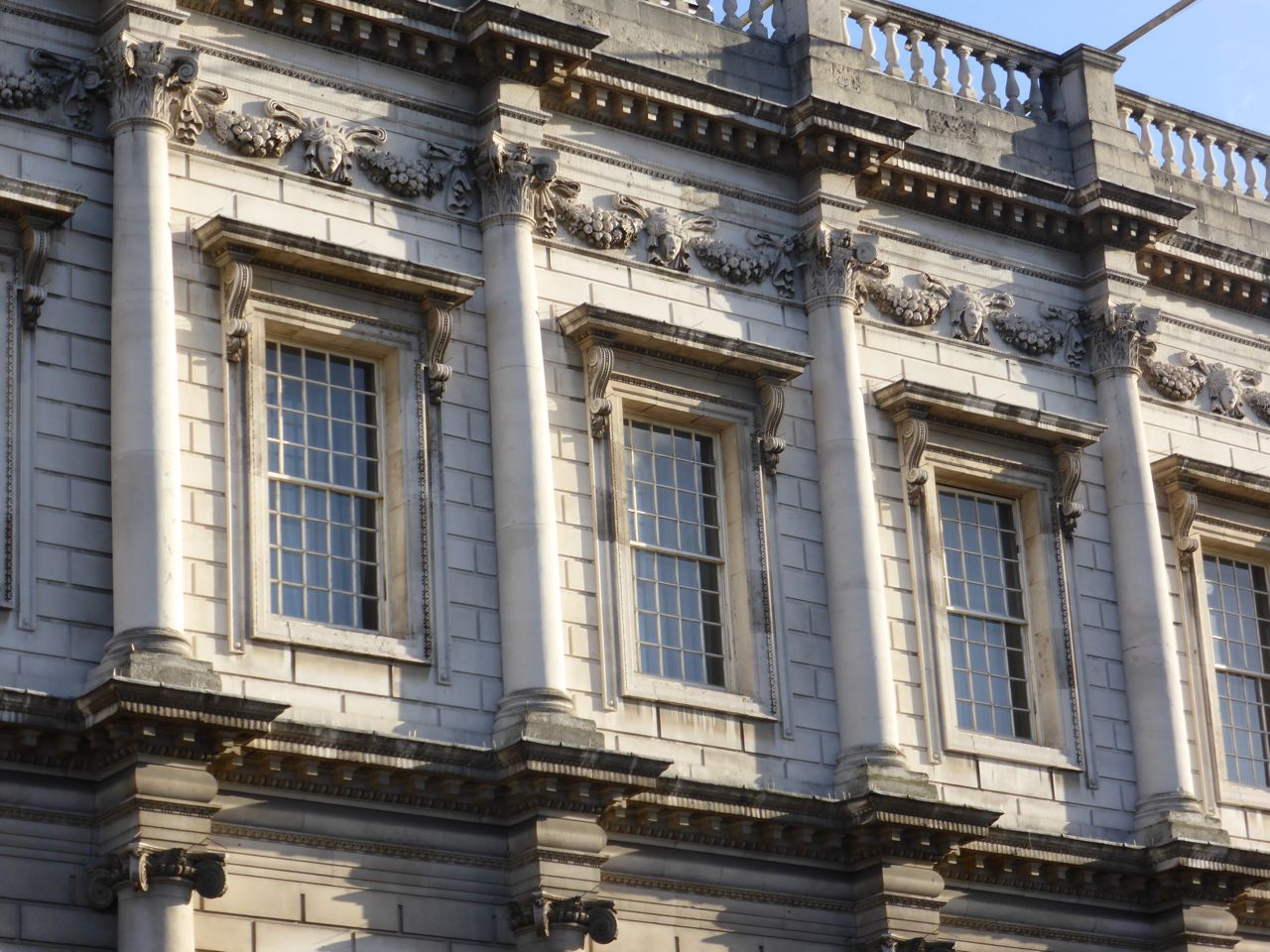 I think it was from this window that Charles I stepped on to the scaffold where he was executed: 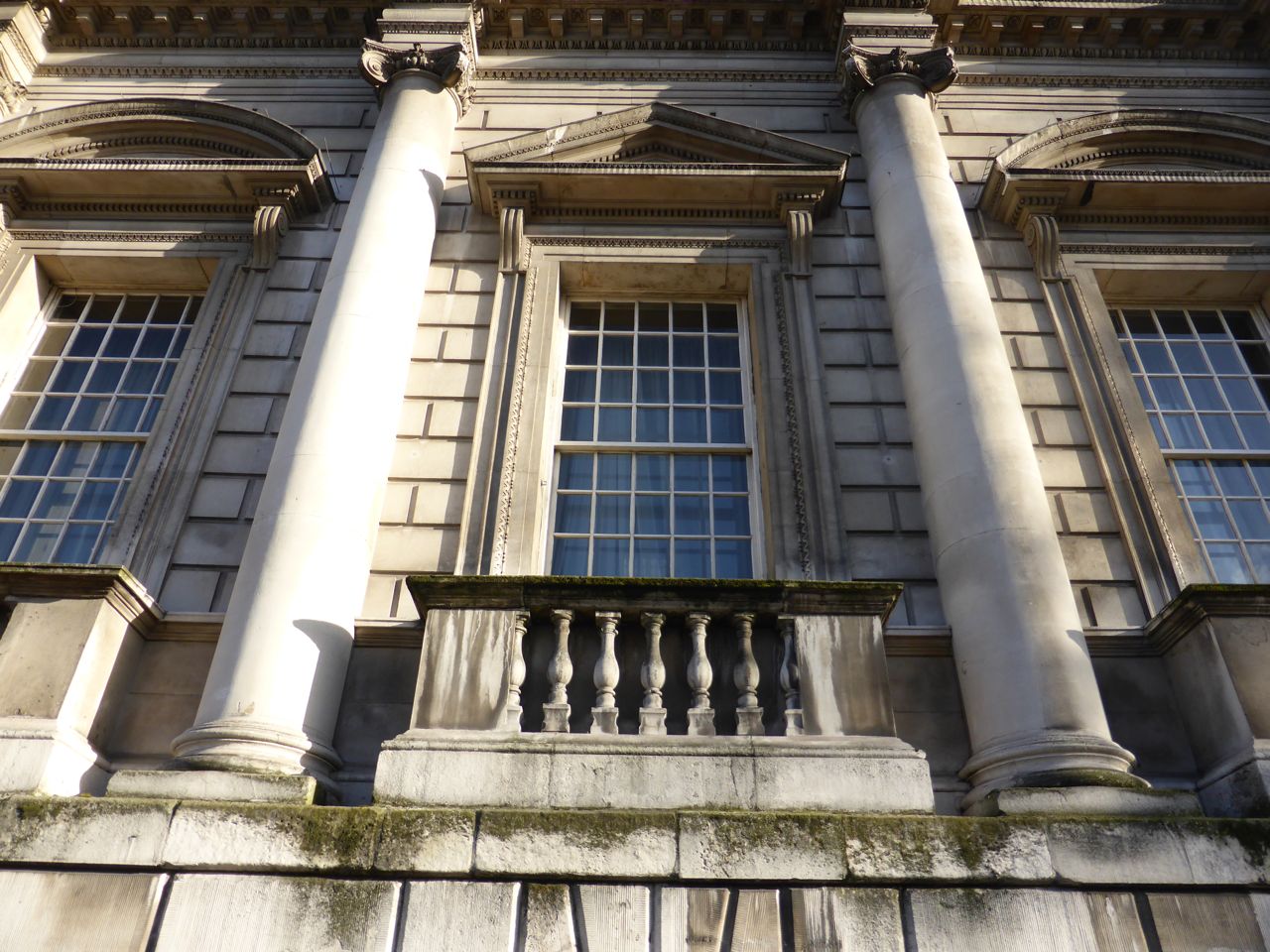 Down Whitehall, the extraordinary beauty of Lutyens’s cenotaph; 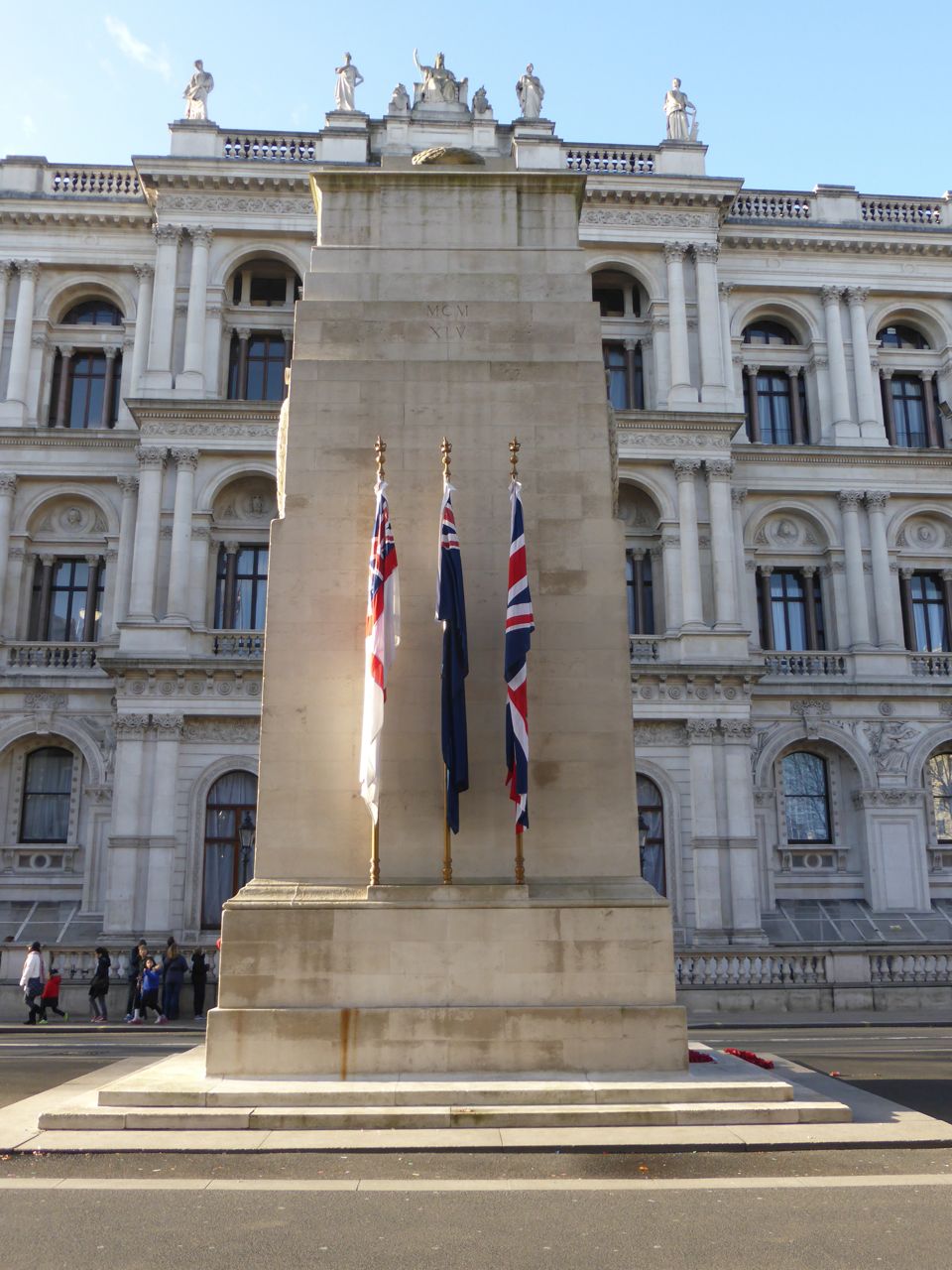 And long, low-slanting shadows even in the middle of the day: 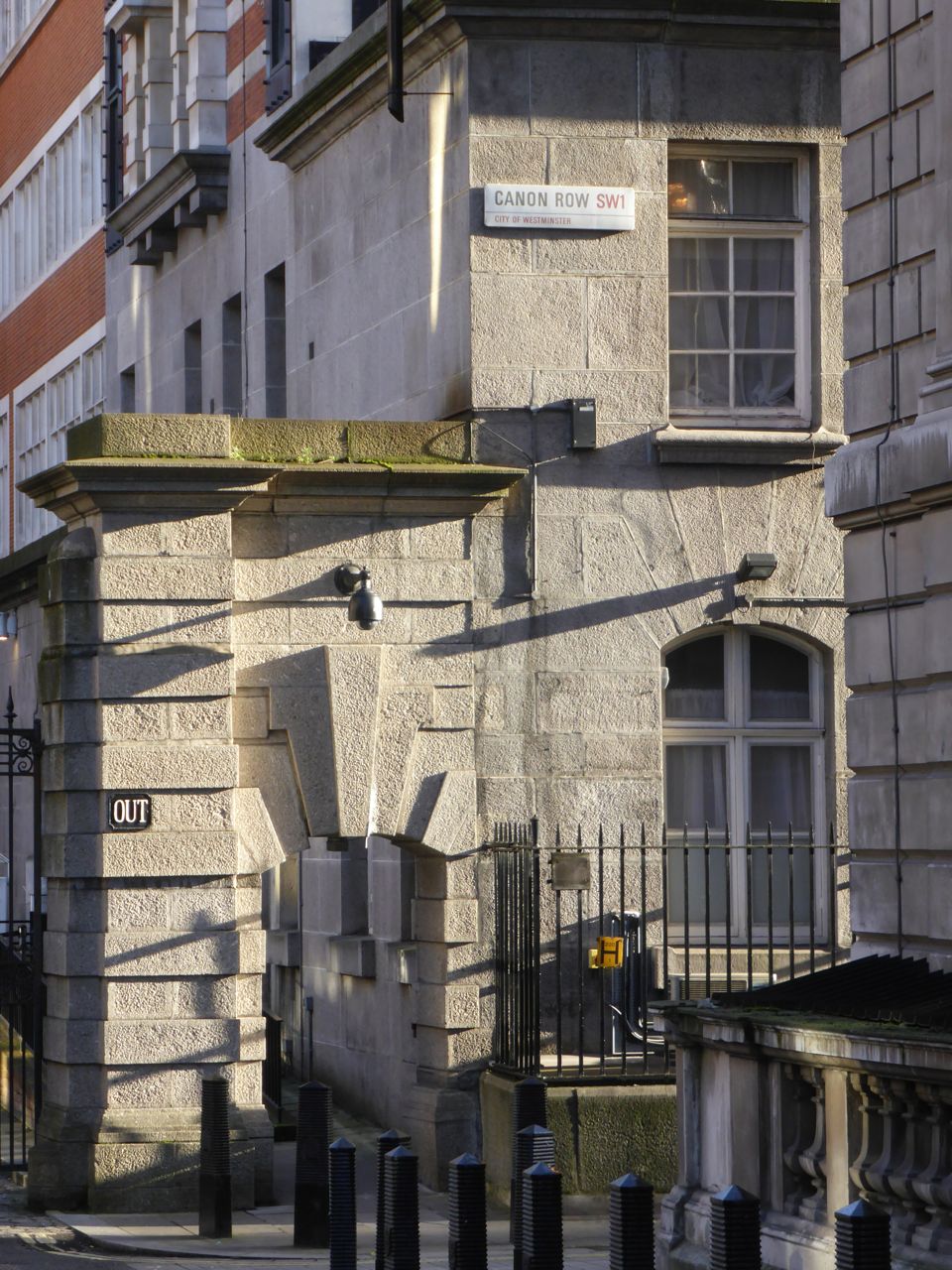 We walked down the river, taking in a startling glimpse of St. Paul’s on the way; 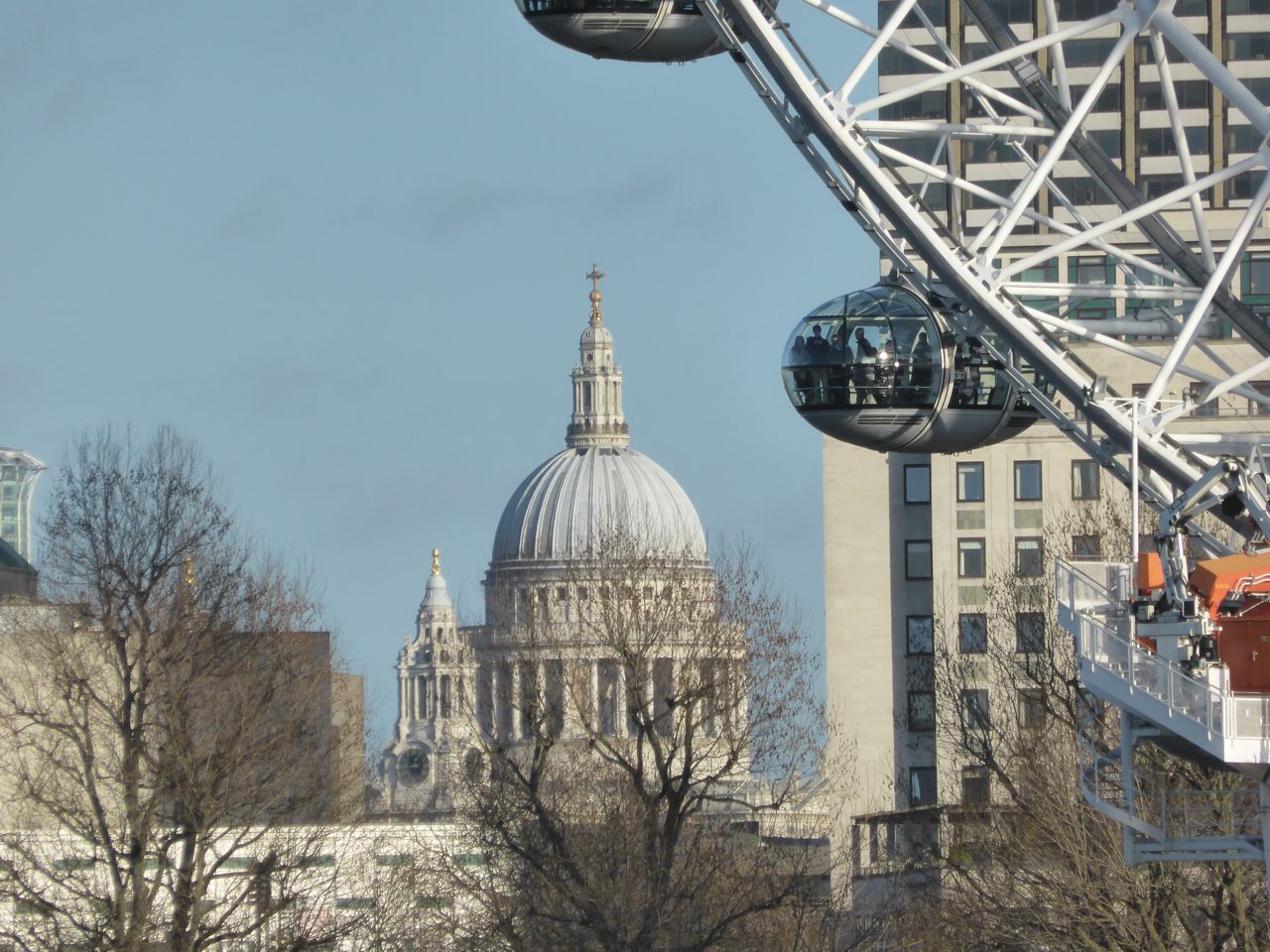 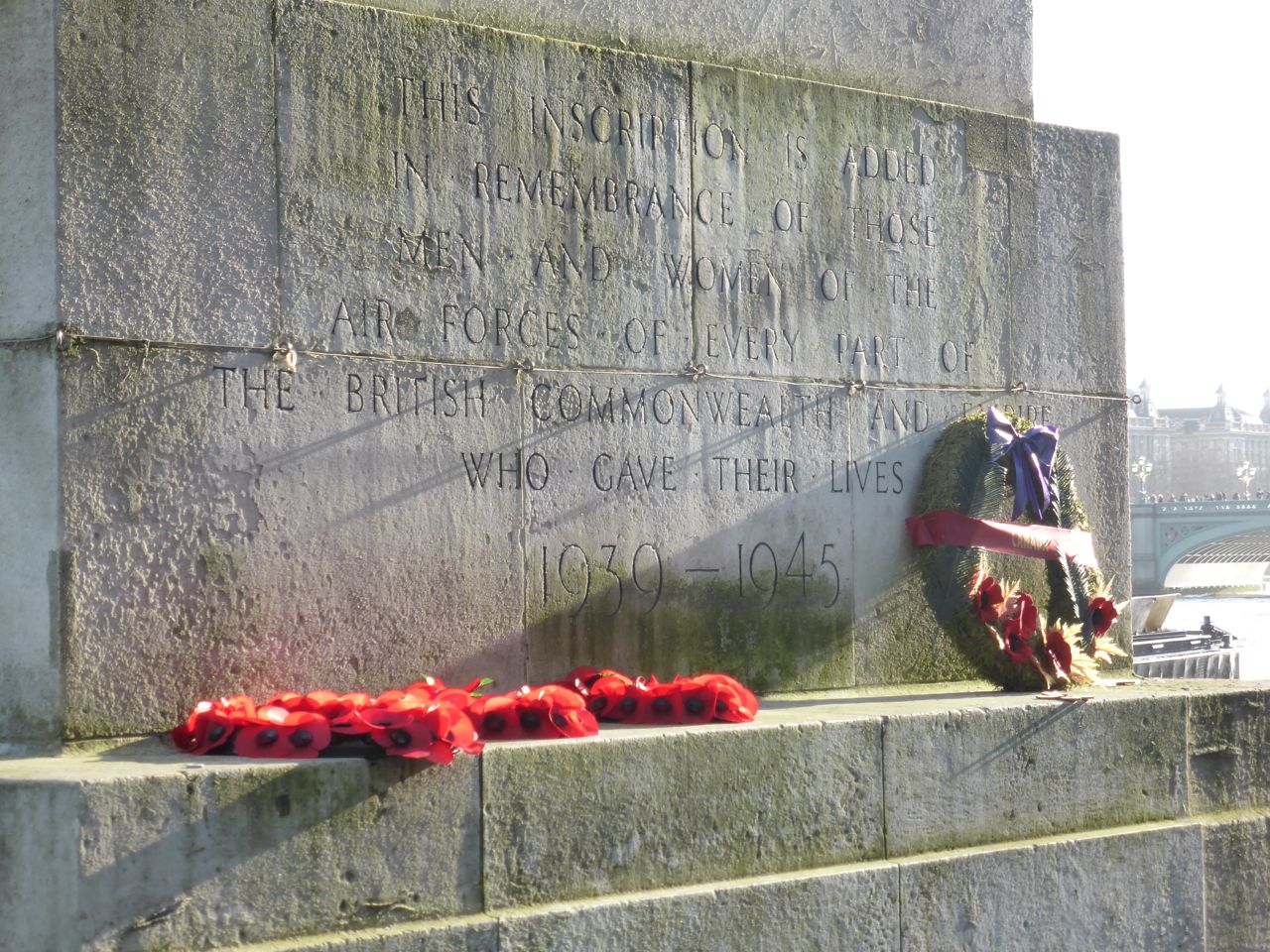 And getting down to watery steps on the Embankment below the Cleopatra’s needle… for a brief second, London felt like Venice, and I thought how little we turn to face our great River Thames. 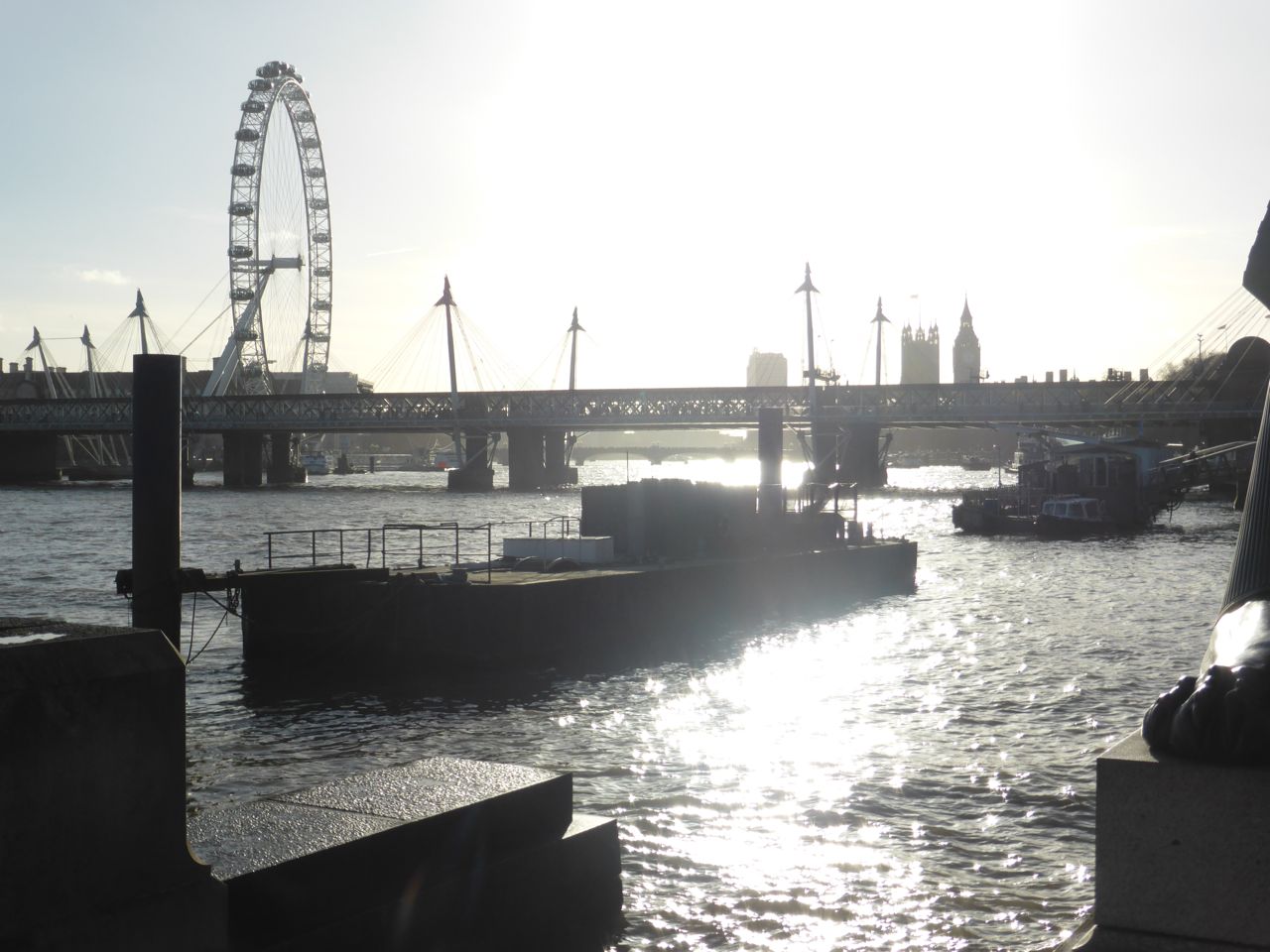 We found this extraordinary view underneath Waterloo Bridge; 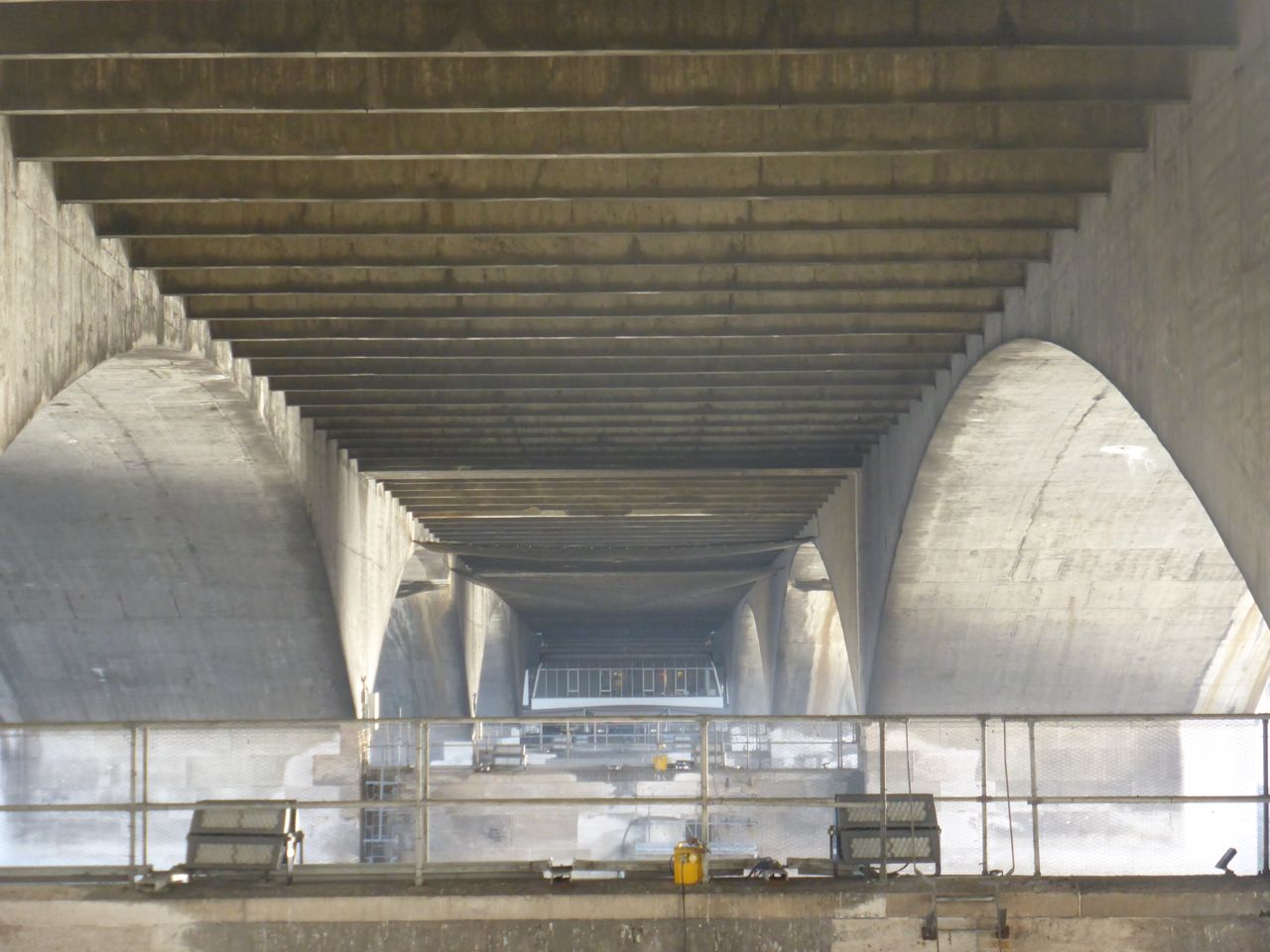 And climbing up the steps onto the bridge, you look left to the stony perfection of Somerset House: 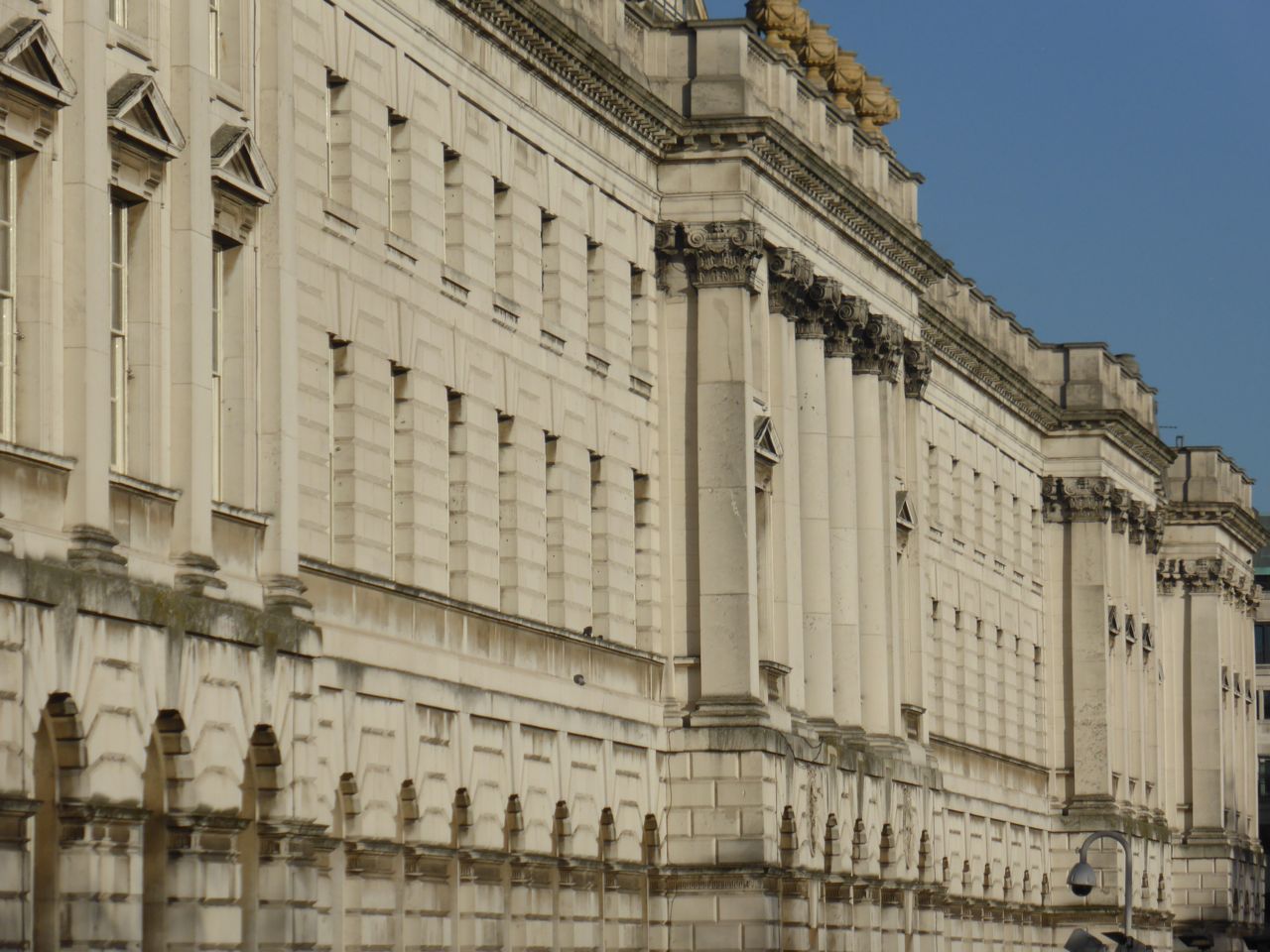 And right to one of my favourite views in the whole of London, looking back up towards Westminster. 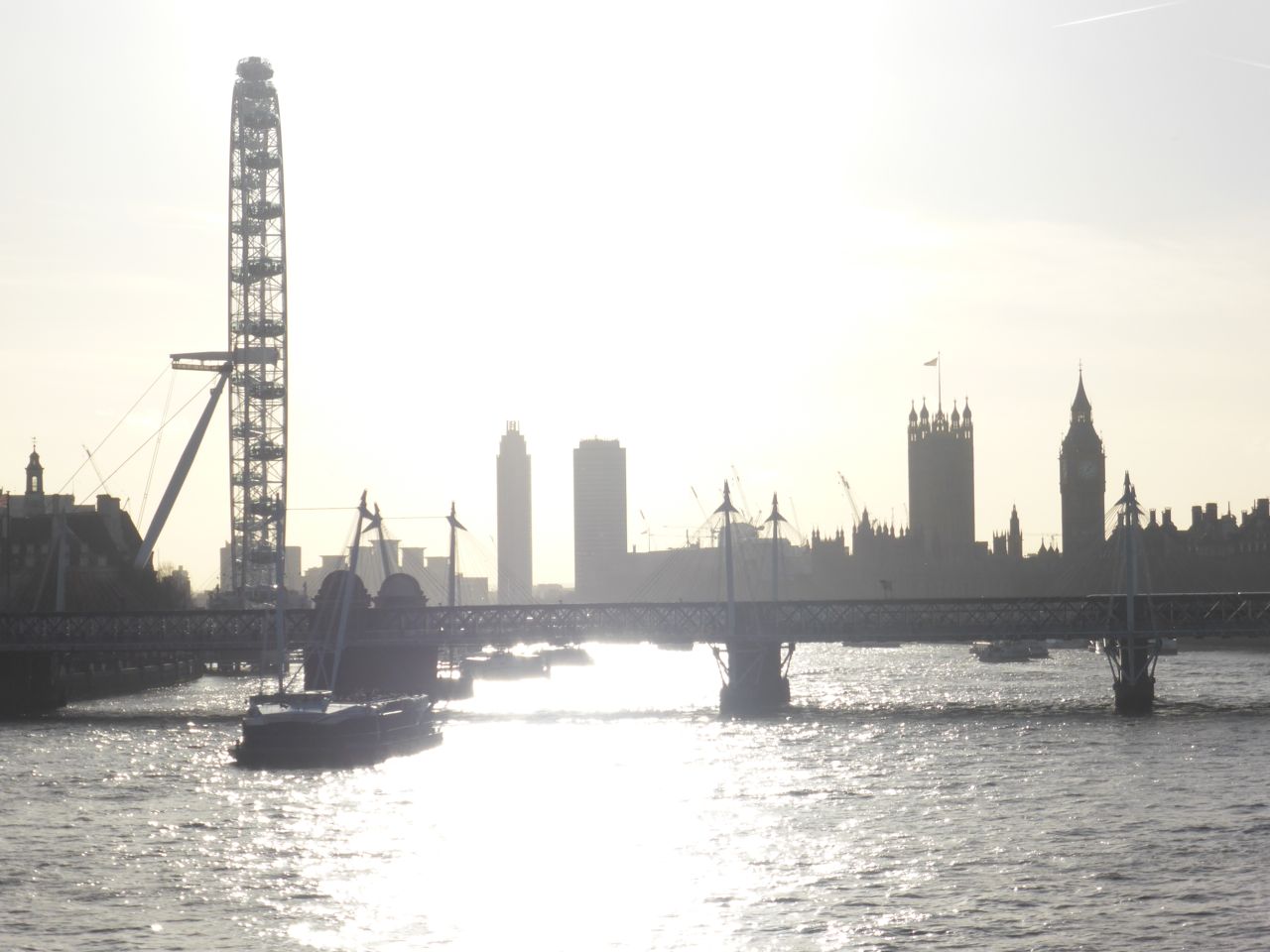 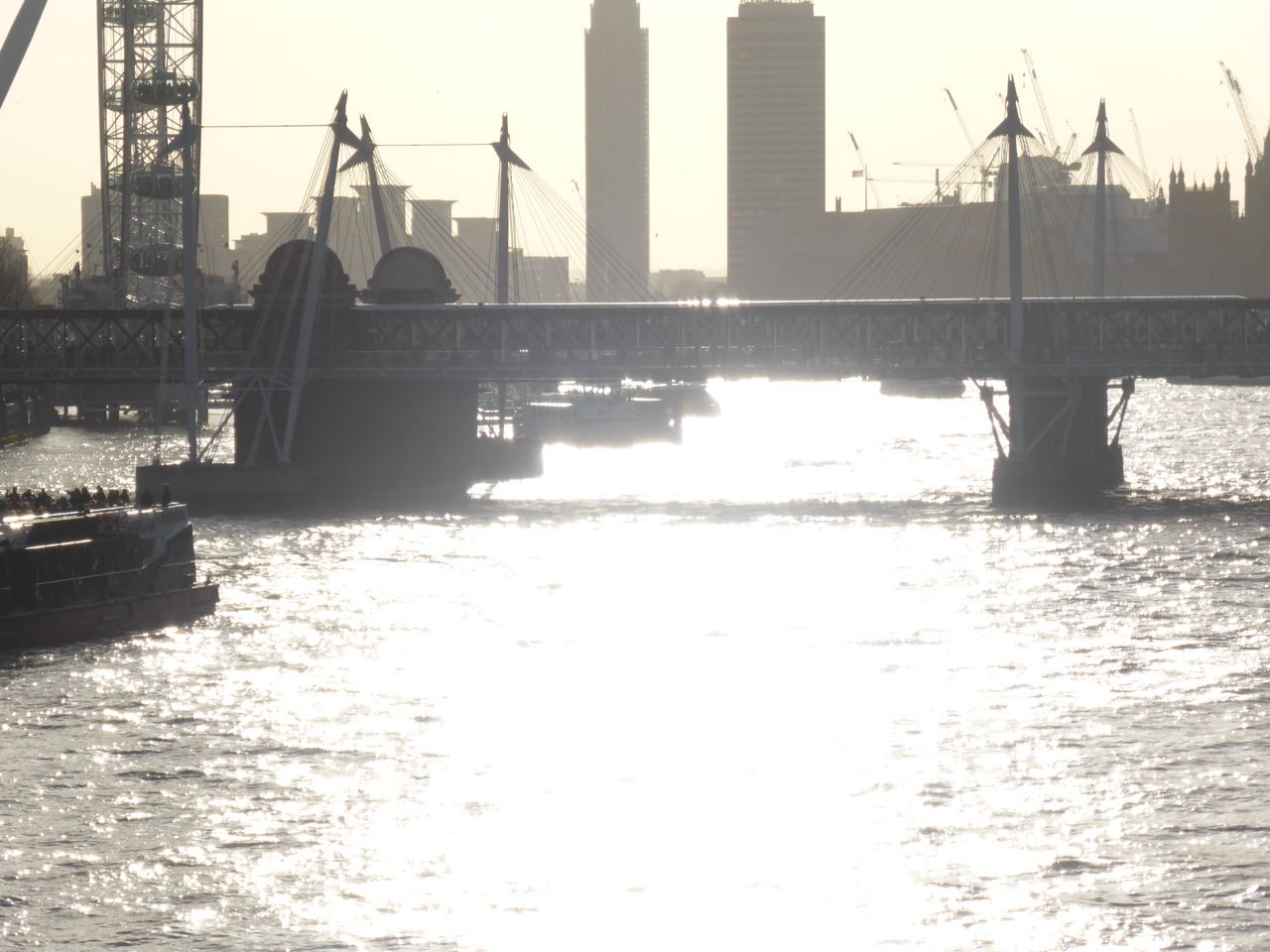 London glowed, and all felt good in the world. Happy New Year, Happy Monday, and happy start back to work. It feels strange, but it’s nice to be back.

I also saw your news on Instagram! We have never met but I felt like a friend had gotten married.

Best wishes – the perfect way to start the new year. I am so glad that the world has changed and that all couples can enjoy the beauty of a wedding day and all it means.

Congratulations Ben and Charlie on the happy news of your marriage overnight! What a wonderful surprise to wake up to. The title of your post, New Year Glow – was very apt! I wish you both much happiness, love and continued beauty. Kind regards, Nicola Lawrence, Australia x

Congratulations Ben and Charlie, wishing you Continued Happiness and lots fun in your life together.
Having spent most of today tuned in to the horror of Paris,I thought I would see what was happening within the blogging world and what a lovely surprise. I think this calls for a Bellini…was there a special cake ?? Lisa

CONGRATULATIONS to you both. I just happened to be doodling around wondering if you’d posted anything on Instagram (oh how I wish I understood how you participate)and lo and behold! Magnificent news

I work in London, not too far from St Paul’s in fact and yet I don’t really see it – London I mean! Your photos/blog always bring home the beauty of the buildings; their context and the fact that I need to actually lift my head and look and not just worry about keeping pace with the person in front or catching the next train.

HAPPY NEW YEAR!
such wonderful photos to entice one to visit London – as this is Number one on my bucket list of travel these photos only whet my longing even more.

i know my trip will be inspired by your blog mostly!

one of these days – maybe this year!

Happy New Year to you Ben! Thank you for this amazing tour of some of the best architecture in all of London. You are making me so homesick for my hometown (did not have the chance to get there last year). I’ve trolled these streets umpteenth times over the years so thank you for the memories and the reminder of how stunning London looks in the warm glow of winter’s light.

Hi, Ben,
I so look forward to your posts! When I was an 8-yr-old girl, growing up in the mountains of North Carolina, I found a book in my school library entitled, “Look, There’s London!” That began a lifelong dream to visit the UK, which finally became a reality five years ago when my sweet husband took me to London for our 35th wedding anniversary. I loved every minute and am longing to go again, so of course when I discovered your blog, I felt I was on a mini-trip! Many thanks for your lovely words and beautiful pictures–of London and environs, and especially of the countryside where you live. Just beautiful. Blessings in the new year!

I, too, am delighted with your beautiful NewYear’s photo gallery of my favorite city. London is beautiful in it’s many facets, and it was a real pleasure to start off 2015 with such lovely images. As we head into the cold here on the East coast of the U.S., I am looking forward to your postings which I have only recently discovered, and to which I now look forward with great enthusiasm. Happy New Year!

I checked yesterday at some point, but no new post from Ben. So glad to see one this morning!

It is 26 degrees F, snowy and blowy here in Pittsburgh. The wind made my metal-rim glasses hurt my face on the walk from the parking lot. But, I dream not of Caribbean beaches; my idea of bliss would be simply to stay in my cozy house all day and not have to venture forth at all.

London architecture is stunning in the sun, isn’t it? And I enjoyed the photo of the guardsman. Tradition meets trend–golden helmet and sword, with discreet tattoo. Presumably he removed body piercing jewelry before going to work.

Yes wasn’t it awful New Year’s Day, I was in London but didn’t go out at all (mind you didn’t get up until midday!) just snuggled down, all cozy. Drove back to West Suzzex on Friday, the weather and views were stunning! How lucky we are to live in this beautiful diverse country 🙂 lucky to have people like you to convey it to others too. Happy New a Year Ben (and Charlie of course!) x

Lovely pictures, as always. A part of London I am familiar with and have photographed in the past, but your eye is so much better. The light on the Thames sparkled.
Caribbean beaches are always welcome, but some of us dream of welcoming in the year in London one day, so thank you for celebrating a prefect winter day. It’s been a gray and grim late autumn/early winter on the East Coast of the US and the real cold is heading our way, so I can appreciate the importance of a sunny day.
Happy New Year!

Roaming London with your eyes always entertains. I would have explored below the bridge too.
Happy New Year, Ben!

what a beautiful set of photos of London in all its glory. Lovely. Thank you for posting them and lifting the spirits on another very grey day (here in Bath)

Happy New Year Ben! Nothing beats a sunny winter’s day! The quality of the light in particular is amazing. Nice to see London looking so beautiful.